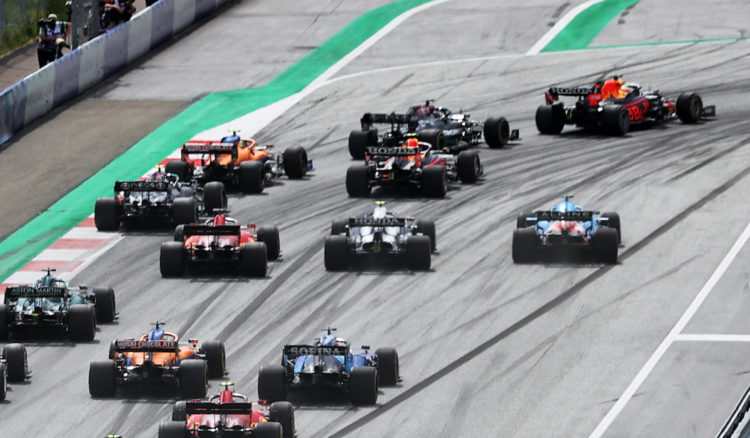 F1 cars at the start of the race

Formula 1 is currently defining what its next power unit will look like, with the current 1.6 litre hybrid V6 power units set to be retired at the end of the 2024 season.

That power unit was introduced back in 2014, increasing the amount of electric energy compared to the far simpler KERS system introduced in 2009.

Electric power will, unsurprisingly, continue to feature on the next generation power unit, with Mercedes F1 boss Toto Wolff describing the role it will play as “massively increased”.

The 2025 engine won’t be as big a departure as previous era’s, such as the jump from V10’s to V8’s and then the present V6. With a major focus on cutting costs, the combustion element is likely to remain the same.

However the expensive and complex MGU-H will almost certainly be dropped. Instead the MGU-K will likely be much more powerful, with larger batteries to store more energy.

On Saturday ahead of the Austrian Grand Prix, representatives from F1’s current suppliers: Mercedes, Ferrari and Renault – as well as Red Bull Powertrains – were joined by the VW Group’s Audi and Porsche, to discuss what the future engine should look like.

Wolff, speaking during the FIA Conference in Monaco on Monday, expanded on what was discussed, although the details remain scarce.

“The discussion was ‘what are we doing in the future in terms of engine’, because we want to save costs, so we don’t want to reinvent the wheel,” he said, as quoted by Autosport.

“But we also want to have an engine that is relevant from 2025 to 2030, and we can’t be old petrol heads with screaming engines when everybody expects us to be going electric.

“So these engines are still going to be fuelled. We are staying with the current V6 format, but the electric component is going to massively increase.”

F1 will move to 100 per cent sustainable fuels to boost its environmental image and to keep with the times, a decision Wolf says is motivated by the fact combustion engines will be around for a very long time.

“Why we are staying with the internal combustion engine is that we believe that the fuel is going to be with us for a long time.

“In Europe we may have the ambitious targets of having electrical mobility as part of our daily life by 2030, and I can see at Mercedes how ambitious the targets are, but in the rest of the world, we will have millions of vehicles that would still run on fuel.

“For Mercedes cars itself, we believe that we will have several million vehicles in the world that will still run on fuels. So what we can contribute with our innovation is to help them to develop sustainable fuels: be it biofuels or be it synthetic fuels.

“Our cars will run on 100 percent sustainable fuels by 2025, and this is how we will contribute to the reduction to the world’s CO2 emissions.”

A move to 100 per cent electric power has been ruled out because of an exclusive agreement between the FIA and Formula E, whilst hydrogen power was also dismissed.