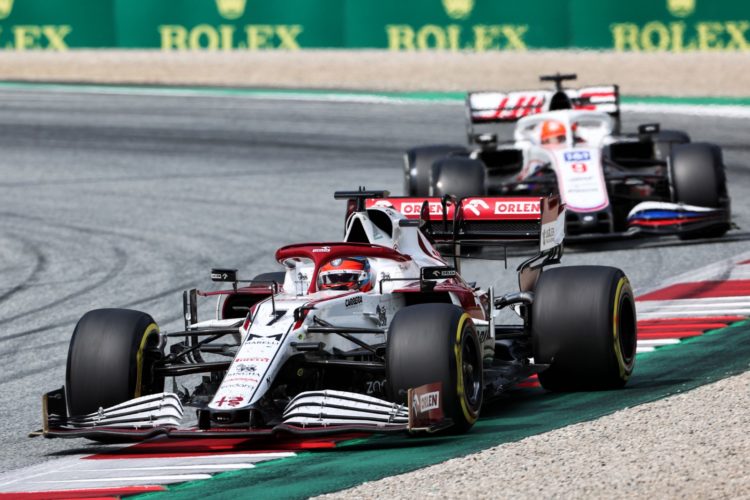 A trio of drivers have been sanctioned for indiscretions at Formula 1’s Austrian Grand Prix while others have been cleared of wrongdoing.

Kimi Raikkonen was been penalised for causing a clash with Sebastian Vettel while Nicholas Latifi and Nikita Mazepin were hit with penalties for not adhering to the subsequent double waved yellow flags.

Raikkonen clashed with Vettel through Turn 5 during the closing stages of the Red Bull Ring, sending both through the gravel, though they were able to recover to reach the chequered flag.

Raikkonen was deemed culpable for the incident by stewards, who issued a 20-second penalty in lieu of a drive-through, while two penalty points were added to his licence.

It brings his rolling 12-month tally up to six points.

Mazepin and Latifi were both judged not to have slowed sufficiently in the sector where double-waved yellow flags were shown.

They were each handed 30-second time penalties, in lieu of a 10-second stop/go penalty, as well as three points on their licences.

It means rookie Mazepin is up to five penalty points, with Latifi on six.

As Raikkonen was penalised 20 seconds, with Latifi demoted 30 seconds, they actually swap positions, with Raikkonen now classified 15th, ahead of Latifi.

Mazepin finished 51 seconds adrift at the rear of the pack and thus his position of 19th has not been affected.

A gaggle of drivers who finished in the points – Carlos Sainz, Sergio Perez, Daniel Ricciardo, Charles Leclerc and Pierre Gasly, along with Antonio Giovinazzi – were also investigated but were cleared of wrongdoing.