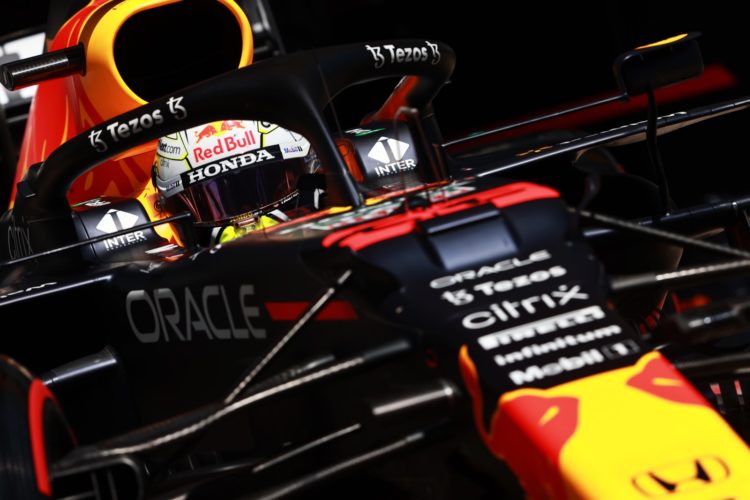 Verstappen claimed top spot in front of a partisan crowd, with spectators allowed in large numbers in Austria after the lifting of restrictions on July 1, and many came donned in the orange of Verstappen’s home country.

Verstappen’s benchmark of 1:03.720s proved quick enough as he sealed another pole position, much to the delight of the exuberant supporters.

Verstappen currently leads the standings by 18 points and is in search of a hat-trick of victories, with Red Bull seeking a fifth win on the bounce.

Norris, at the venue where he scored his maiden podium 12 months ago, emerged as Verstappen’s main threat after the first Q3 runs and then closed in across the second push laps.

Norris wound up just 0.048s down on Verstappen and ensured he beat Verstappen’s team-mate Sergio Perez and both Mercedes drivers.

Mercedes was left down in fourth and fifth respectively, with Hamilton ahead of Valtteri Bottas, three-tenths down on Verstappen.

AlphaTauri also had a promising day as Pierre Gasly and Yuki Tsunoda took sixth and seventh.

George Russell came agonisingly close to making Q3 a week ago and was set for points in race trim until suffering a power unit issue.

Russell built on that strong form on Saturday as he made it through to the top 10 and went on to beat Lance Stroll to ninth spot.

Crucially for Russell he managed to make it through to the top 10 shootout on the Medium tyres, rather than the Softs, meaning he potentially has a strategy advantage on those around him.

Ninth for Russell could still become eighth as Sebastian Vettel, who qualified eighth, faces an investigation for blocking Fernando Alonso during the closing stages of Q2.

Ferrari failed to make Q3 with either car as Carlos Sainz and Charles Leclerc were left a low-key 11th and 12th respectively.

Daniel Ricciardo’s subdued season continued as the Australian had another lacklustre showing behind the wheel of McLaren’s MCL35M, classifying 13th, adrift of Norris once more.

Alonso had been a top 10 contender for Alpine but was heavily baulked by Vettel on his final push lap and as a result was dumped out of Q2 in 14th spot.

Alfa Romeo’s Antonio Giovinazzi had shown promising practice pace, placing fifth, but failed to convert that speed during qualifying as he finished at the slowest Q2 runner.

Another horror show for Ocon

The bottom five drivers in qualifying were the same five that were eliminated at the first hurdle at the preceding Austrian round – which was dismal news for Esteban Ocon.

Ocon lacked pace throughout and was dumped out in 17th spot in a Q1 session where team-mate Alonso finished third.

Kimi Raikkonen and Nicholas Latifi swapped places compared to a week ago, with Haas’ drivers again at the back, albeit closer to the midfield in terms of lap times.

Mick Schumacher lapped within three tenths of Latifi, and had a gap of over half a second back to team-mate Nikita Mazepin.