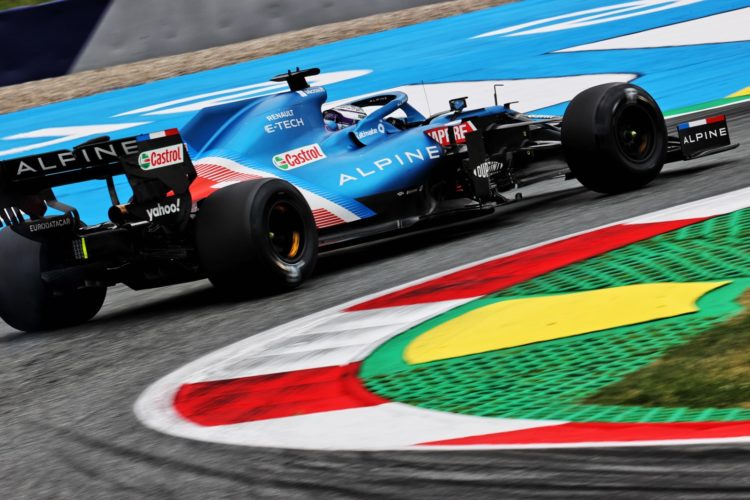 Alpine driver Guanyu Zhou says he felt huge pressure ahead of his FP1 bow in Austria and reckons audience figures in his native China will be higher than for an actual race.

Formula 2 title leader Zhou, a member of the Alpine Academy, replaced Fernando Alonso behind the wheel of the A521 for opening practice at the Red Bull Ring.

In the process Zhou became only the second Chinese driver to appear at a grand prix weekend, eight years after the last of Ma Qinghua’s five appearances with backmarkers HRT and Caterham.

Zhou finished the one-hour session in 14th position, completing 29 laps, having remained on the Medium tyres throughout.

His best effort, a 1:06.414s, left him just under half a second shy of team-mate Esteban Ocon, who classified 11th.

“There is a huge amount of people watching this FP,” he said.

“I will look back when I have the time to see how many viewers we got, because I think it’s going to be more than a normal grand prix weekend to be honest.

“Obviously having a Chinese driver stepping into a practice session for the first time in seven years, people are watching and amazed.

“You don’t know how much pressure I had before getting the car out on track.

“Right now I’m fully relaxed and feel comfortable in myself and hopefully they are proud of the job I did and it’s only the beginning of my career in F1.”

Zhou believes the experience of his maiden FP1 outing in Formula 1 will only prove positive going forward.

“In Formula 2 this year and last year I always had the confidence to be fighting with the top guys,” he said.

“Last year we had all these technical issues, so it wasn’t ideal. I have quite a lot of confidence there to be competitive.

“Lots of people can win the championship with the new format. That FP1 session gave me a lot more confidence, so if I jump into the car next time I’m going to be feeling much more relaxed and prepared to be focused a bit more. Today definitely helped me a lot in general as a driver. “