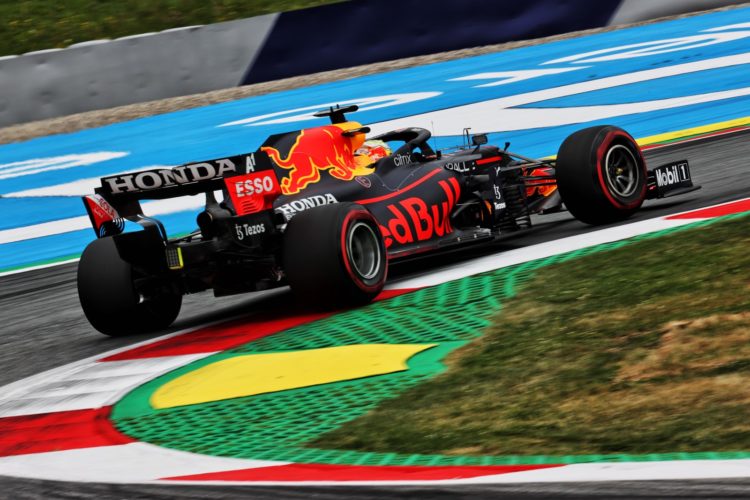 Formula 1 has stayed on for back-to-back events at the Red Bull Ring, marking the 26th grand prix in the calendar year since the venue kick-started the delayed 2020 season.

In a deviation from last weekend’s Styrian Grand Prix Pirelli has gone one step softer with its tyre nominations, with the C3s, C4s and C5s in use.

Verstappen, who heads Lewis Hamilton by 18 points, clocked a time of 1:05.143s to finish 0.266s clear of the field up front, as Red Bull goes in search of a fifth straight win, and Verstappen a clean sweep of the current triple-header.

Hamilton finished the session in seventh spot, half a second behind his title rival, having been one of several drivers to lock up heavily into Turn 1.

Valtteri Bottas was fourth, having also shot wide at the first corner, ahead of AlphaTauri’s Yuki Tsunoda and Alfa Romeo’s Kimi Raikkonen, who classified an impressive sixth.

Drivers spent part of the session trialling unmarked tyres as part of Pirelli’s efforts to address any issues arising from its Baku failures.

The test sets, effectively a C4 compound, feature a revised rear construction, and they will also be available during Friday’s second session.

It will be determined in the coming days whether the revised constructions will be introduced from the British Grand Prix onwards.

It was a scruffy session for Stroll as the Canadian suffered a second spin exiting the final corner as he prepared for a hot lap.

Trio of testers in action

Three test drivers were afforded the opportunity to get behind the wheel of Formula 1 machinery during the session – with a grand prix weekend debut for Alpine’s Guanyu Zhou.