Hamilton sure Red Bull ‘has something extra’ 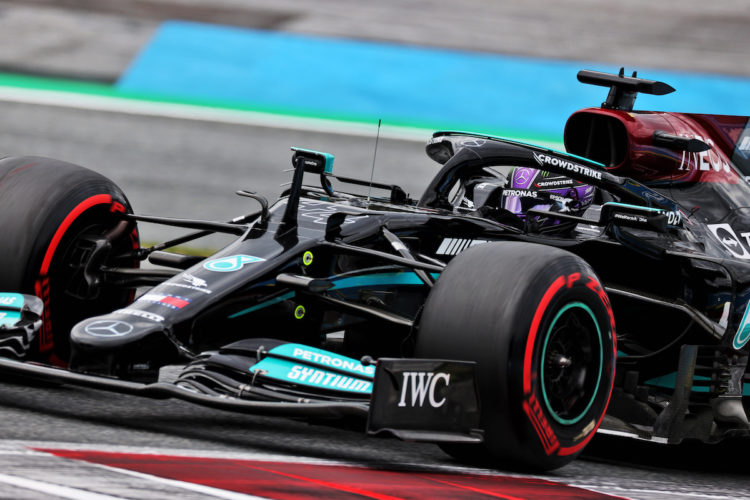 Lewis Hamilton is anticipating an increase in pace from Red Bull on Saturday in Austria, believing they have “something extra” in hand.

Last week, at the first of two rounds at the Red Bull Ring, Max Verstappen dominated the weekend, taking pole and a commanding victory.

However, Mercedes were the early pace-setters this week, with Verstappen sitting two-tenths behind Hamilton at the end of FP2.

While Hamilton is confident that Mercedes has made gains compared to one week ago, he believes it is still languishing behind their rivals.

“I mean, they’ve definitely got something extra in their bag, I already know that,” Hamilton said.

“But I mean I think we’ve made some small progress today, but I think there’s still, I think they still have the two tenths or maybe it’s a tenth and a half, something like that.

“We’ve definitely made some small steps forward but not enough to close the two tenths. But over a single lap, that felt OK, it felt pretty good, and I just expect them to turn up a little bit more tomorrow.

“They’ve got, they’ve almost basically got the qualifying mode that we used to have and I asked the guys, I don’t understand where they get it from, but it’s impressive and we’ve got to work hard to try and see if we can match it tonight.”

Hamilton added that there will only be minor changes to his W12’s set-up ahead of qualifying.

“So then I had to make some more changes back, similar to what I had last week – some other adjustments – and it felt much better so I’m generally happy with where the car is.

“I’m probably not going to change too much. Because most often, if it ain’t broke, don’t fix it –  most of the time we try to eke out more and it gets worst. So I’ll be the tiniest of tweaks.”