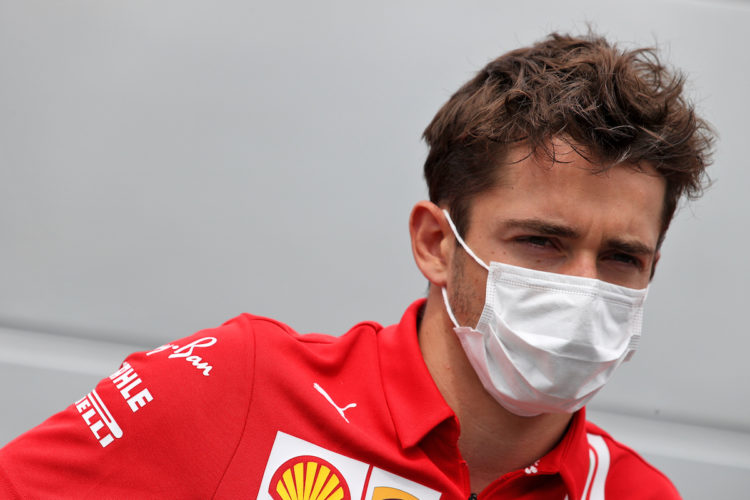 Ferrari’s Charles Leclerc has delivered his first impression of the 2022 Formula 1 car, stating that it is “very different” to the current version.

Next year’s cars are being built under a new set of technical regulations, aimed at closing up the competition at the front, as well as allowing for more on-track racing.

Much of the development focus down the grid is currently being directed towards next year’s cars.

As part of the preparations for the 2022 campaign, Leclerc got behind the wheel of Ferrari’s simulator to sample the new generation car, constructed under the team’s interpretation of the new regulations.

“It feels very different,” Leclerc said. “Then I think it’s a question mark for everyone whether we’re developing well or not.

“I mean it’s such a different project, it’s very, very early days, so nobody knows where we are positioning ourselves compared to the others, but we are working on it.”

Leclerc added that although it will be the teams of engineers who design the car, the driver will have valuable input through their feedback from the simulator laps.

“It is difficult, because for now it’s only numbers and predictions, but we can definitely give our feedback, especially in the simulator,” Leclerc commented.

“We’ve got the chance to have a very good simulator in Ferrari and we can try different things in that simulator and there the driver input is very, very important.

“Then on other things for now it’s very early days for us to actually say something.

“The only thing we can do is try and work in the best way possible with Carlos to try and explain what the weaknesses of this year’s car are.

”[Then] try to understand why we have those weaknesses and try not to reproduce those mistakes for next year’s car, even though the project is completely different.

“So I would say on the simulator we have got quite a big input and we can help a lot, and also with this year’s feedback to try and help the team to work in the right direction and for them to know exactly what we need to go quickly.”