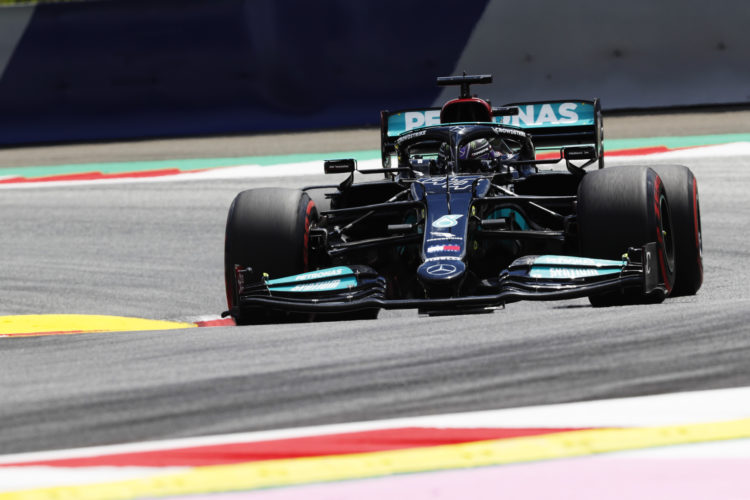 Mercedes believes its prospects at Formula 1’s Styrian Grand Prix may have been accentuated by trialling a “wacky” set-up direction that exacerbated tyre degradation.

It marked Red Bull’s fourth successive victory as it stretched its advantage over Mercedes in the championship to 40 points.

Mercedes’ engineering chief Andrew Shovlin accepted that the squad “didn’t have the fastest car” at the Red Bull Ring but suspects its chances were hindered by an explorative set-up.

“It is a difficult and quite peculiar circuit and Red Bull are normally strong here,” said Shovlin.

“But we were also exploring a fairly wacky direction with the set-up, as a radical approach which I think was maybe a bit better on a single lap, the question that remains is whether we hurt our degradation and we need to look at that.

“Lewis before he came [to Austria] was doing a lot of work in the driver in loop simulator and it looked like an interesting direction but an important part of this year for us is adapting well to every track and we do need to be a bit brave and original with set-up direction to do that.”

Shovlin explained that Mercedes’ initial analysis will look into “whether that [set-up] has made life more difficult for the rear tyres on the long run.”

Pirelli brought its C2, C3 and C4 compounds to the Styrian weekend but for this weekend’s Austrian round, held at the same venue, it has nominated the C3, C4 and C5 tyres.

Shovlin outlined that Mercedes’ work will focus on the same areas irrespective of the compound selections.

“Ultimately we were lacking a bit of race pace and were a little bit worse on degradation,” he said.

“So whether it is one stop on harder or two stop on softer compounds [for Austria] the solution will be the same – we need to make the car a bit quicker and a bit easier on the rear tyres.”