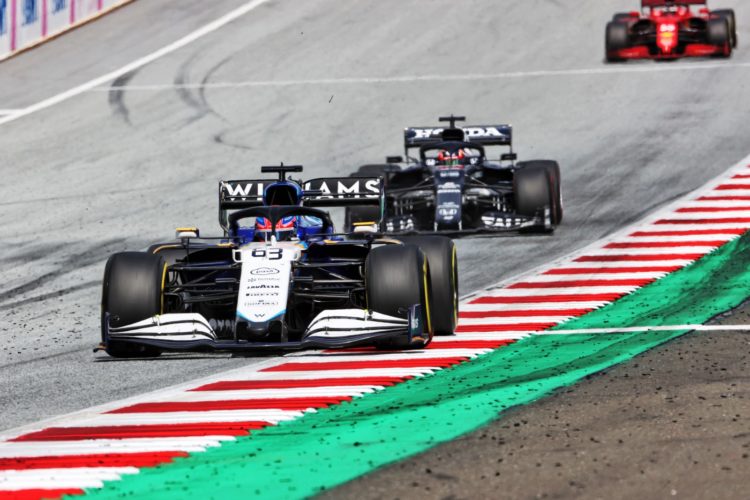 George Russell lamented the “brutal” nature of racing after his Styrian Grand Prix edit, believing he and Williams had the pace to finish seventh.

Russell started from 10th spot at the Red Bull Ring – his highest grid position with Williams – and capitalised on a clash between Pierre Gasly and Charles Leclerc to rise to eighth.

Russell maintained his position through the opening stint on Medium tyres but a power unit issue delayed Russell as Williams attempted to remedy the setback.

However Russell was called in again shortly afterwards and retired from the race.

“I’m just gutted for the team to be honest, they’ve worked so hard to be in this position over the last three years, chasing these points,” he said.

“We never really knew when they would come and we knew we would have to have a perfect weekend.

“We were such a great position, P8 on the Medium tyre, we would have been able to pounce at the end. I think P7 was probably possible, ahead of [Fernando] Alonso.

“Four or six points is massive, probably the difference between P8 and P10 in the championship. We go again next week.”

Despite the retirement Russell’s performance was comfortably Williams’ strongest dry-weather display since 2018, but the Briton says the showing came as no shock given the team’s gains.

“I wasn’t surprised to be honest, because I know we’ve done some really great work recently to improve the car, and I knew the pace on Friday was strong,” he said.

“I was obviously on the Mediums compared to the guys ahead on the Softs. I was driving my heart out, driving as fast as I could to keep behind a Ferrari, AlphaTauri, McLaren.

“We’re not normally in this position, we need to be proud of the job we did. Racing is just brutal.”