Bottas: Everyone is trying to screw you in Formula 1 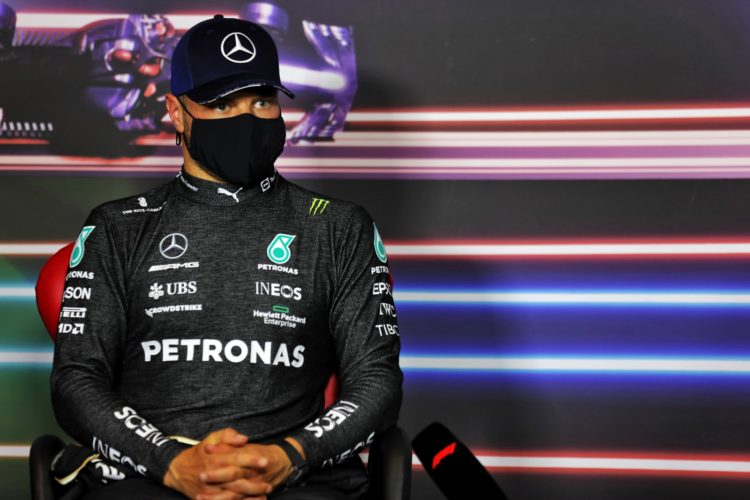 Valtteri Bottas quipped that “everyone is trying to screw you” in Formula 1 as he hit out as his “harsh” grid drop at the Styrian Grand Prix.

Bottas qualified in second position at the Red Bull Ring but will drop to fifth on the grid after copping a three-place penalty for driving dangerous in the pit lane.

That incident came during second practice, when Bottas spun exiting his pit box, having evaluated leaving in second gear.

“In my personal view, it’s quite harsh,” he said. “I never imagined after that there would be a penalty.

“Of course the other teams, when they see the opportunity they complain that it’s dangerous, etc., so that we get penalised.

“That’s how it goes, everyone is always trying to screw you over in this sport.”

Bottas was nonetheless encouraged by his qualifying display as he finished behind only Red Bull’s Max Verstappen.

“I honestly think it was a good qualifying,” he said. “I think I’ve been a bit little lost with the setup during the weekend, so far, but then been able to get into the right direction with the set-up.

“We’ve been working closely with Lewis [Hamilton] as well, to try and help find the optimal set-up, and definitely got some guidance from his side of the garage, because I was struggling with pace on Friday and was a little bit confused on which way to go.

“By working as a team we found the right direction and after that I actually found the confidence in the car and it felt good.

“On that last lap there were definitively not two tenths left on the table, so I think Max and Red Bull were faster today. It was a good lap and I’m pleased with that.”