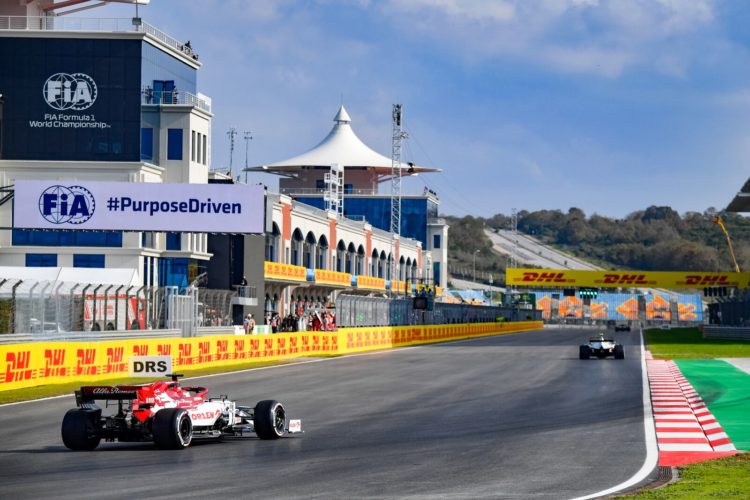 Formula 1 has announced the reinstatement of Turkey on a revised 2021 calendar, taking the date previously held by Singapore.

Turkey returned to the schedule in 2020, as part of the pandemic-hit calendar, with Istanbul Park holding a rain-hit event in mid-November.

Turkey was not included on the original 2021 schedule but was subsequently added in place of Canada’s round on June 13.

However that event was called off due to the UK’s travel restrictions, prompting a further reshuffling of the calendar, and the addition of a second Austrian round.

It was announced earlier this month that Singapore’s street-based event, planned for October 3, will no longer take place due to entry restrictions into the city state.

Formula 1 has now revealed that Turkey has been restored on the 2021 calendar in the berth previously occupied by Singapore.

Turkey remains on the UK’s red list but its inclusion as the second part of a triple header event, beginning with Russia and concluding with Japan, means UK-based personnel would only have to prolong their stay in Japan by a couple of days in order to evade hotel quarantine – assuming current rules remain in place.

Japan is preparing to host the Summer Olympics, set to begin in Tokyo in late July, but is doing so amid tight restrictions and widespread criticism in the country.

In a statement Formula 1 outlined that “after discussions with other promoters we are confident that we will be able to travel to the following race [in Japan] under our strict safety protocols.”

Formula 1 added that “a significant proportion of the F1 community has been vaccinated already and we are confident that all will have had the opportunity to do so by the end of the summer.“

It is understood that a return to China remains a back-up alternative if Formula 1 is unable to travel to Japan.

Other events in the latter stages of the campaign are still uncertain, most notably Mexico, Brazil and Australia, with a second event at Austin having been mooted.

“We are delighted to be coming back to Turkey to Intercity Istanbul Park circuit,” said Formula 1 CEO Stefano Domenicali.

“We hope to see another fantastic race again in one of the best tracks in the world.

“We have shown that we can continue to adapt and there is huge interest in our sport and the hope from many locations to have a Grand Prix. We have had very good conversations with all the other promoters since the start of the year and continue to work closely with them during this period.”