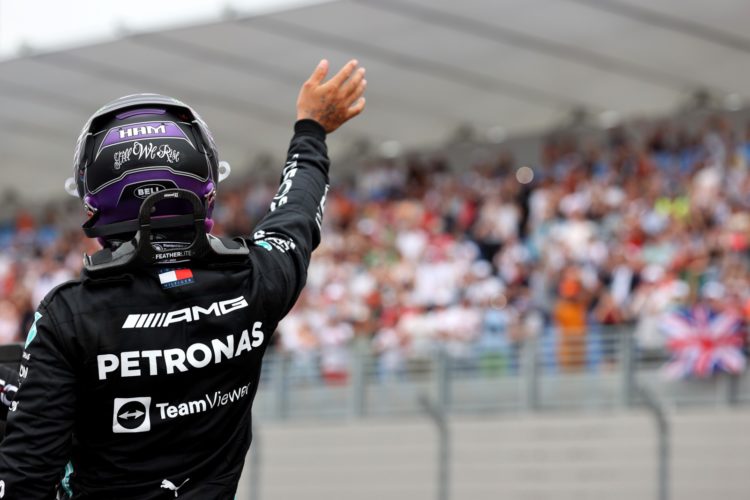 Spectators have returned in small numbers across recent rounds but on Thursday Silverstone confirmed that it has been accepted as part of the UK government’s Events Research Programme.

Silverstone’s capacity, which stretches across a large area, is around 140,000 people.

All those attending will be required to provide a negative lateral flow test or show proof of both doses of a vaccination, completed at least two weeks prior to entry.

However case numbers, particularly concerning the Delta variant, have risen in the United Kingdom in recent weeks.

More than 16,000 cases were reported on Wednesday, the most identified on one day since February, when the country was in a strict lockdown.

Hamilton quipped that “there’s been lots of confusing things coming from government over time and I don’t understand it all,” as he explained his stance.

“I’m kind of split,” said Hamilton. “One I can’t tell you how excited I am to see people, and the British crowd, as it is the best crowd of the whole year.

“Last year we didn’t have them, so to be able to see them and feel the energy they bring to the weekend.

“On the second of course I watch the news so I hear about the cases going up massively in the UK so on that side I worry for people, naturally.”

Expanding further on his thoughts, Hamilton said: “I am excited to see so many people, a selfish part of me wants to see all the people there.

“But I turned on the news this morning, and have been watching it these past days, and know UK rates have increased, since people are loosening up a bit and not everyone is vaccinated, so I do worry about people.

“I read the vaccinations are good, there’s less people being in hospital, but I don’t know, feels a bit premature to me, but, it’s not my place [to stay].

“If people go there, I hope we learn something from it and everyone stays safe, continue to wash their hands, and wear those masks particularly when you’re in those big crowds.”