‘This is the best Hamilton we’ve seen’ – Button 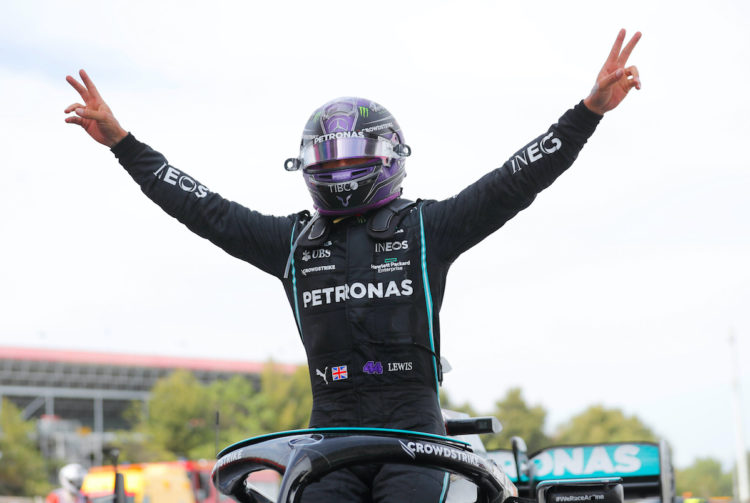 Jenson Button believes we’re seeing “the best of Lewis Hamilton” this year, but not necessarily on-track.

F1 champion Button, who spent three seasons as Hamilton’s team-mate at McLaren between 2010 and 2012, has seen a change of attitude from his fellow British driver, who he now believes is more relaxed, confident and calculated.

Although Hamilton trails Red Bull’s Max Verstappen in the Formula 1 standings, each with three wins to their name, Button reckons Hamilton’s new approach means he reacts differently to defeat now, than he would have just a few seasons ago.

“From his time from McLaren to Mercedes he changed, yes, but this year is completely different,” Button told the Express Sport newspaper.

“You walk in the paddock [and see him] high-fiving people and calling them by their name and it’s like, where have you been this winter?

Hamilton has often found himself in hot water for comments he’s made in the heat of the moment – something that most drivers are familiar with – but a more mellowed Hamilton of late means he thinks about what he’s going to say before he does, which has been noticed by Button, who is now a television pundit with Sky.

“He’s so much calmer in the car. Yes, there’s still the adrenaline and then you say things that maybe after the race you regret, but when he’s out of the car, he’s so calm.

“I think in the past, there have been moments where he’s wanted to say something, then you see him collect himself, and he’s like what should I actually say right now?

“But now I do just feel he’s confident in his skin and he is saying what he thinks, which is really good to see. And I think it’s the best Lewis Hamilton we’ve seen.”