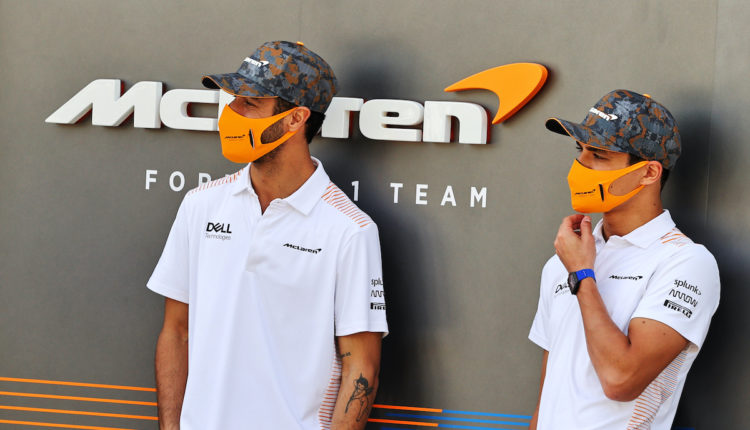 Daniel Ricciardo finds himself in a “very unusual situation” at McLaren, and one that is mentally very difficult according to Formula 1 world champion Nico Rosberg.

Ricciardo has been outqualified 5-2 by team-mate Lando Norris, whilst Ricciardo has an average qualifying position of tenth, a handful of places lower than Norris who’s is 6.8. When it comes to Sunday though, Norris has only been outscored once in seven races by the Australian.

Although it’s to be expected for a driver who has joined a new team, Rosberg believes it could begin to impact Ricciardo mentally if he doesn’t get on top of the situation quickly.

“Daniel has been struggling a lot,” Rosberg told Sky F1. “[In France] he was a bit closer but he’s still not at his best yet, still having to get used to the car.

“It’s a very unusual situation for Daniel because he’s been really dominant in his team in all the last years, but he’s just struggling to get to grips with the car.

Not feeling comfortable in the car isn’t the only problem, as Rosberg says seeing your team-mate so far ahead of you when you think you’ve done a good lap is demoralising.

“Even worse, Daniel is out there thinking ‘wow, that was an awesome lap’, like in Monaco, and then looks at the lap time and is eight tenths away from Lando.

“That’s when it gets really difficult for you mentally as a driver and really not nice. I hope Daniel can find his feet.”