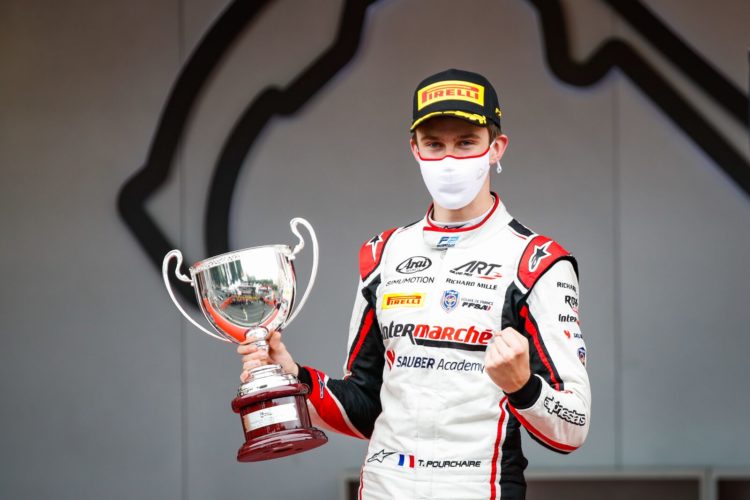 Alfa Romeo team boss Frederic Vasseur says it would be “a mistake” to push protégé Theo Pourchaire into Formula 1 prematurely, in spite of the youngster’s impressive form.

Pourchaire, 17, has been under Sauber’s wing since 2019, when he claimed the German Formula 4 title.

He last year joined ART Grand Prix – the outfit founded by Vasseur – and finished runner-up to Alpine-backed Oscar Piastri in the Formula 3 standings.

Pourchaire graduated to Formula 2 full-time in 2021 and currently holds sixth in the standings, having taken a commanding maiden win in Monaco.

“We have a contract with Theo, but again, I don’t want to be in a rush with Theo ,” said Vasseur.

“Keep in mind he is 17. If you compare him to all the other talents coming into F1 they were much older.

“I don’t want to make any comparison with Lewis [Hamilton], [Nico] Hulkenberg, Nico Rosberg or Charles [Leclerc] and I think it would be a mistake to push him too early.

“He has to do the job in F2 first and then we will have time to discuss later on.

“He is very young, he is 17 and still chasing his driving licence and we have to give him time to do the job. I’m not in a rush but I think he is a very good one.”

Pourchaire has been joined in Sauber’s young driver line-up by Formula 3 racer Juan Manuel Correa, who was previously part of the scheme in 2019, prior to his serious Formula 2 accident.

“It’s a way to support Juan Manuel on his own project,” explained Vasseur of the move.

“Honestly, I was in Spa two years ago, it was a very tough time for everybody and Juan Manuel had something like 22 surgeries.

“He spent the last two years with a clear target to come back. It was, for him, the main motivation and I wanted to help him, and the way I have to do it is to ask him to come back to the academy and try to support him on the project.

“It’s such a huge human effort that I think it makes sense to be part of this.”