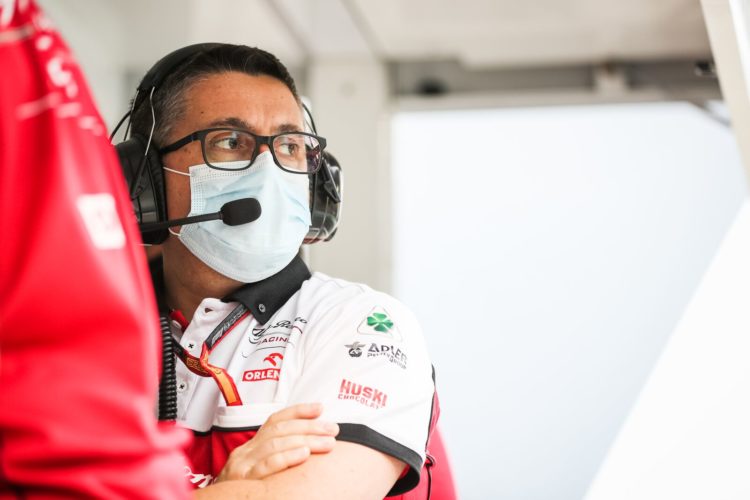 Aston Martin’s Formula 1 team has announced the recruitment of Luca Furbatto as its new Engineering Director.

Furbatto has been the Chief Designer at Alfa Romeo, formerly Sauber, since 2017.

He has previously held Formula 1 roles at several teams, most prominently at McLaren, Toro Rosso and Manor.

Furbatto will report to Andrew Green, who will take up the role of Chief Technical Officer with immediate effect, having previously been Technical Director.

Aston Martin outlined in a statement that Furbatto is expected to be in place ‘ahead of the 2022 season’ and that his recruitment is ‘the first of a number of significant new hires’.

“As we continue to add weight to our technical team, we are hugely excited that Luca has chosen to join Aston Martin,” said Team Principal Otmar Szafnauer.

“Working with our existing Engineering Group, he will bring a valuable perspective and knowledge to help shape our approach in the short and medium term.

“This appointment coincides with Andrew stepping up to a new role where he will take a global perspective on the company’s mid to long-term technical strategy.”

Aston Martin has previously outlined its desire to compete for Formula 1’s title within the next five years, pointing to new regulations and the cost cap as cause for optimism.

“It is very exciting to join Aston Martin as Engineering Director,” said Furbatto.

“It is a project that has all the ingredients for success – committed leadership, a talented workforce, and fresh investment in resources.

“I am looking forward to playing my part in establishing this team at the very top of the sport.”