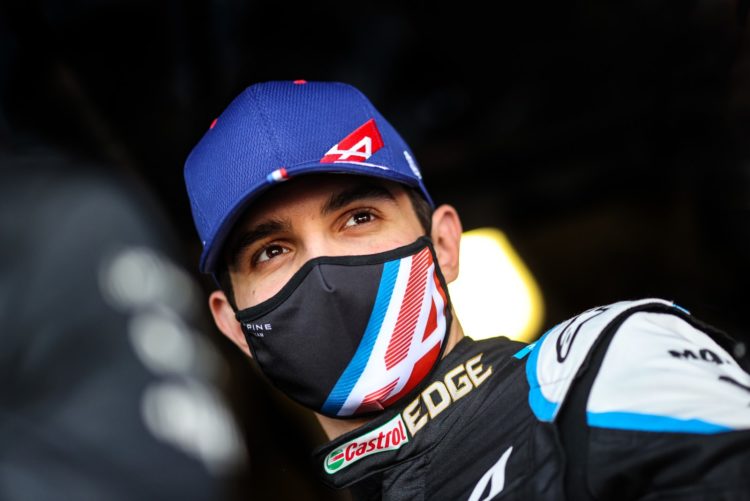 Alpine has retained Esteban Ocon until at least the 2024 Formula 1 season after agreeing a new three-year deal.

Ocon’s ties with the operation stretch back to the early 2010s, when he was a junior driver, and he had Formula 1 outings with the squad in 2014 and 2016 as a test driver.

Ocon made his Formula 1 race debut mid-2016 for Manor, followed by two years with Force India, though was left off the 2019 grid when prospective employer Renault recruited Daniel Ricciardo. He consequently spent 2019 as Mercedes’ reserve driver.

Insight: A sensible, though lengthy, renewal

But a year later Renault signed Ocon on a two-year deal, replacing Nico Hulkenberg, and he claimed his first podium finish at the Sakhir Grand Prix in 2020.

Ocon has out-qualified the returning Fernando Alonso 4-2 so far this season, and has finished ahead in the four races where both reached the flag, though trails 13-12 in points.

Alpine has now committed to Ocon for a further three years, in the process completing its 2022 driver line-up, with Alonso already signed for next year.

It will be the first time since 2014/15 that the Enstone-based outfit has retained the same driver line-up for consecutive seasons.

“I’m delighted to continue with the team beyond this year and it’s a fantastic feeling to secure my future with Alpine,” said Ocon.

“We’ve been progressing well together since I joined the team and I aim to continue that journey going forward.

“There are great challenges ahead of us, especially with the new regulations in 2022. I’m sure we can hit our targets by working hard together and continuing the story.

“I often think back to the Sakhir Grand Prix last year with the podium, and it motivates me to create more special memories like that. I’m really looking forward to the next chapter but, for now, we’re very much focused on this season and taking each race as it comes.”