Alpine leads at Portimao after two hours, drama for Glickenhaus 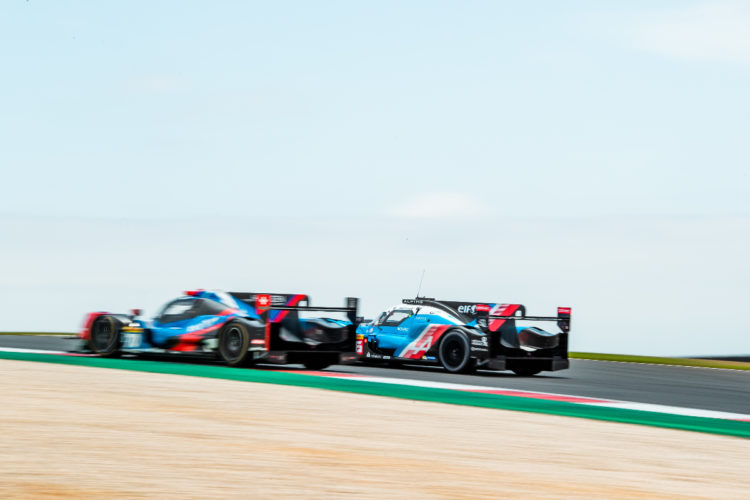 Andre Negrao leads the Eight Hours of Portimao for Alpine Elf Matmut, while rivals Glickenhaus have been forced into the garage after contact with a pair of slower cars.

The #36 Alpine A480-Gibson led from pole and built up a good gap thanks to a strong opening stint from Nicolas Lapierre, who has since handed over to Negrao.

The Brazilian holds a lead of some six seconds over the #8 Toyota GR010 Hybrid, currently driven by Brendon Hartley. The #7 Toyota, in the hands of Mike Conway, sits in third.

For Glickenhaus, an already difficult opening few hours have become worse as the team currently has the car in the garage. The #709 007 LMH made contact with Satoshi Hoshino and Christian Ried at the turn five hairpin, inflicting damage to the car.

In LMP2, Team WRT has clinched the lead of the race after two hours. Tom Blomqvist had started the race from pole position but was spun out on the opening lap by team-mate Antonio Felix da Costa.

This promoted the #29 Racing Team Nederland ORECA 07-Gibson of Giedo van der Garde to the lead, which was maintained until Frits van Eerd took the car over and the car started to fall down the order.

Ferrari leads GTE Pro from Porsche, with James Calado’s #51 Ferrari 488 GTE Evo leading ahead of the #92 Porsche 911 RSR-19 in the hands of Neel Jani.

After the Porsche had led the opening phase in the hands of Kevin Estre, Calado was able to take the lead by overtaking Jani on track.