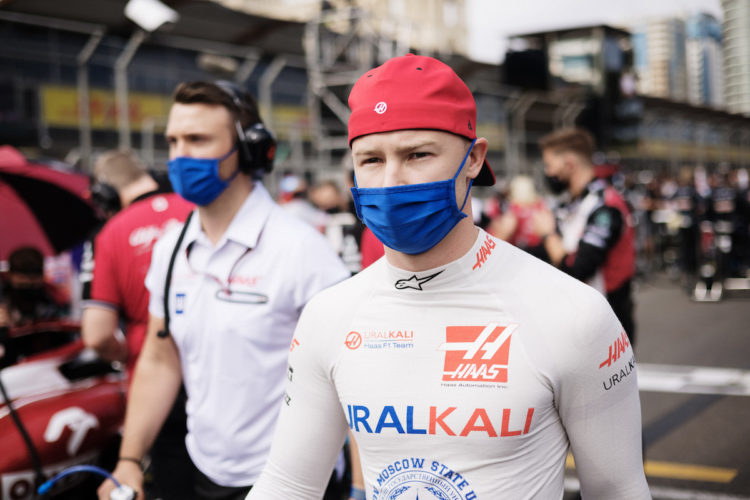 Haas’ Nikita Mazepin has addressed rumours that suggested he may be forced to serve mandatory military service in Russia.

Russia has conscription in place for all males aged between 18 and 27, albeit with exceptions, with avoidance of the draft being deemed a felony.

Reports emerged last week that Mazepin, who is enduring his rookie season in Formula 1, may be forced to complete military duties in Russia.

However, the 22-year-old clarified that he has been undertaking the service through a class once a week, carried out over the course of three years.

“I’m aware there has been a bit of discussion there,” Mazepin said. “From my side, the situation is very clear. I study in university, and the way it works in Russia, there is a mandatory military service, and there are two ways of serving, if you’re fit enough.

“Option one is finishing university and then going for a year. And option two is if you qualify being fit enough in terms of your fitness results and in terms of your studying results, you can go on to something called like the elite army, which is served in a completely different way.

“This is what I’m doing for already two years. And I’m obviously going to continue doing it for one more year to hopefully graduate as an officer in reserve.

“Five days ago, I passed my final exam in university for finishing my first four years, and I’m moving on to get a second masters degree later, in the coming two years.”

Mazepin currently sits 19th in the Drivers’ Championship after the opening six races of the season, awaiting his first points.