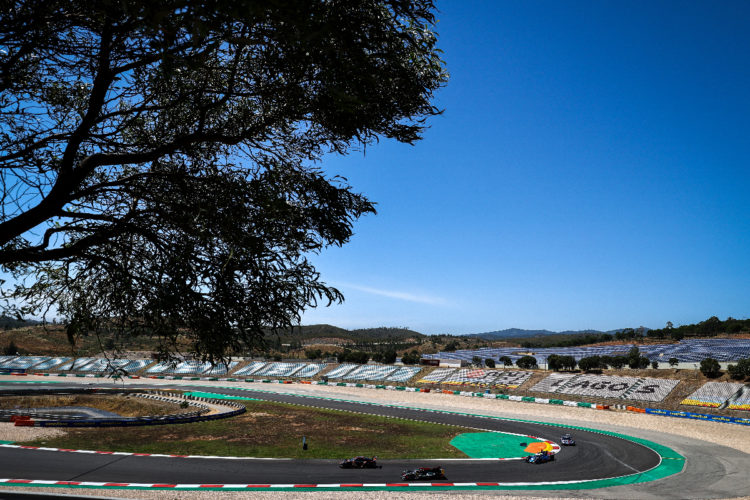 The FIA World Endurance Championship is racing at the Autodromo Internacional do Algarve for the first time this weekend, becoming the latest venue to join the series for the first time. It is, however, far from the first.

The popular Portuguese venue had often been used for testing, European Le Mans Series races and the Portuguese Grand Prix in 2019 and 2020, but became the twelfth venue to join the WEC when it joined the calendar for the 2021, replacing the Twelve Hours of Sebring.

The vast majority of these eight have become the backbone of the championship remain on the calendar until this very day, with the 2021 also including Spa, Le Mans, Bahrain and Fuji.

Silverstone used to be a regular feature but dropped off the calendar for 2021, as has Shanghai. Sebring disappeared off the schedule after the inaugural 2012 event, a double-header with the American Le Mans Series, but returned as part of a joint weekend with IMSA in 2018 to great acclaim.

Unfortunately, despite the best efforts of those involved, the COVID-19 pandemic has prevented WEC from returning to Sebring in both 2020 and 2021.

So what tracks have come (and gone) in the meantime?

The Circuit of the Americas in Austin, Texas, was opened in October of 2012 and joined the calendar for the WEC in 2013, replacing Sebring as the championship’s North American leg.

The first edition of the somewhat clumsily named Six Hours of the Circuit of the Americas was held on September 20-22, 2013. It saw the Audi Sport Team Joest trio of Allan McNish, Tom Kristensen and Loic Duval capture their third and final win of the season en route to the world title.

It remained a feature of the series for the next few years, before it was dropped for the 2018/19 Super Season, fittingly in favor of the aforementioned return of Sebring to the schedule.

It did, however, make an unexpected return for the 2019/20 season when the proposed Sau Paulo event was cancelled and WEC instead opted to host a six-hour Lone Star Le Mans round at the Texas venue.

In perhaps a fitting bit of symbolism, COTA’s return was later followed with Sebring dropping off the schedule again as a result of the COVID-19 pandemic.

After COTA joined the series in 2013, 2014 saw an unchanged calendar meaning we had to wait another year for a new venue to make its series debut.

That debut took place on August 30 2015, when the Six Hours of Nürburgring was first held. In a precursor of what would happen in 2020, the Sao Paulo leg of the series would not be able to take place, this time as a result of construction work at the Interlagos venue.

Instead, the WEC turned to Germany and selected the Nürburgring as a replacement.

It would prove to be happy hunting on home ground for Porsche, as it took both an overall and class win. Timo Bernhard, Brendon Hartley and Mark Webber took the overall win in their Porsche 919 Hybrid, while the pairing of Richard Lietz captured a class win in GTE Pro.

Like Circuit of the Americas, the introduction of the 2018/19 Super Season meant the end for the Nürburgring on the WEC’s calendar. It was held two more times in 2016 and 2017, but has not hosted a round of the series since.

After the Nürburgring was added in 2015, the calendar was expanded to six events in 2016 with the introduction of the Six Hours of Mexico, held at the Autodromo Hermanos Rodriguez.

The track, located in Mexico City, had been a previous host of the World Sportscar Championship in 1991 and made its return in a rebuilt iteration on September 3.

Out of all of the circuits to join the calendar after 2012, this one had the shortest lifespan. It hosted just two events in 2016 and 2017, which were both won by Porsche. Negotiations to remain on the calendar for the 2018/19 Super Season took place, but failed to produce a result.

While it has remained a popular venue for both Formula 1 and Formula E, the WEC has not returned since.