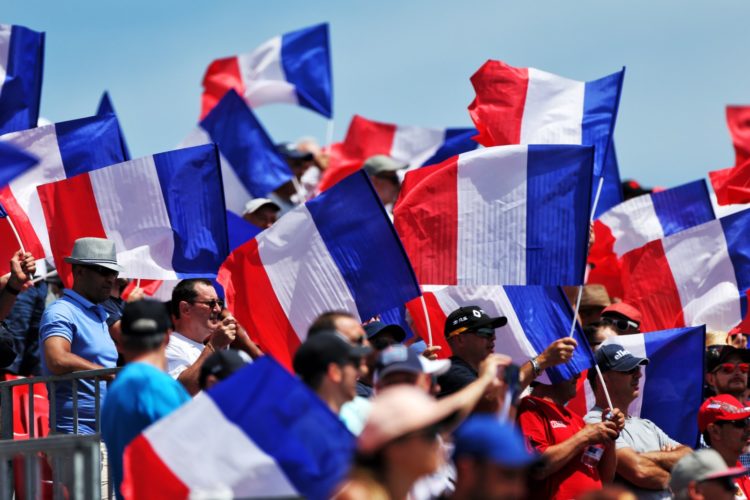 The French Grand Prix is poised to be the best-attended round of the 2021 Formula 1 season so far, with up to 15,000 spectators permitted each day at the event, as pandemic-related restrictions continue to be eased in Europe.

Fan attendance at grands prix so far this year has varied depending on the country and their respective regulations on gatherings.

No spectators were allowed at Imola, Portimao or at the most recent grand prix at Baku, while Barcelona’s round was open for the public for race day only, and capped at 1,000 people.

Monaco was given approval for 40 per cent capacity – which equated to around 7,500 people in grandstands.

France’s grand prix, held at Circuit Paul Ricard in the southern Provence region, did not feature in 2020 owing to the pandemic.

Its 2021 event was originally scheduled for June 27 but at the behest of Formula 1 was moved forward by a week to June 20.

That came in the aftermath of Turkey’s June 13 round – itself a replacement for Canada – being called off, with Formula 1 instead arranging a double-header in Austria on June 27 and July 4.

Amid the next stage of the French government relaxing its restrictions, which came into effect on Wednesday, a maximum of 15,000 spectators per day will be allowed access into the venue, divided into three zones of 5,000 people.

Greater attendance is then anticipated at following grands prix as respective governments continue to apply roadmaps out of the pandemic, albeit with caution that the situation remains fluid.

Austria’s government is set to lift further internal restrictions on July 1 – between the Formula 1 rounds at the Red Bull Ring – leading to expectation that the Austrian Grand Prix can take place in front of a large crowd.

There is hope that Britain’s round, scheduled for July 18 at Silverstone, can follow suit; the government has previously targeted June 21 as a date when restrictions can be lifted though this may be delayed due to a rise in cases of the Delta variant.

Summer events in Hungary, Belgium and the Netherlands are also set to feature large crowds, with the Dutch government on Friday outlining its intention to ease restrictions further at the end of June.

Budapest’s Puskas Arena is set to be the only stadium at EURO 2020, which begins today (Friday), to welcome spectators at up to 100 per cent capacity.