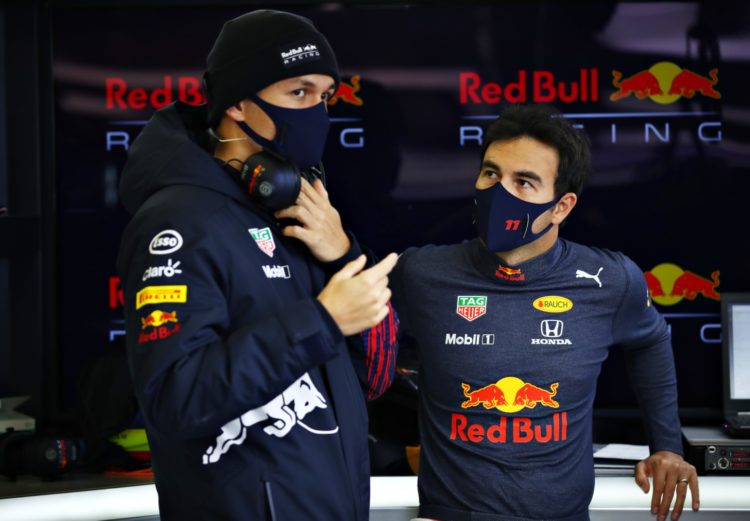 Sergio Perez has praised the efforts of Alexander Albon, expressing his surprise and gratitude at his predecessor’s transparency.

Albon started 26 grands prix for Red Bull across 2019 and 2020 but was replaced for 2021 by former Racing Point driver Perez.

Red Bull nonetheless retained Albon as test and reserve driver for both of its Formula 1 teams this year.

He will also embark on a part-time DTM programme in AlphaTauri colours.

Perez claimed victory at the Azerbaijan Grand Prix, his first since joining Red Bull, and paid credit to his predecessor at the team.

“Alex is putting in so much work into the simulator, with the engineers,” said Perez.

“I remember when I came here you wouldn’t expect from him to be so open in a way with me, but he explained to me all the issues he had, how the car works.

“That was very nice, from day one, to have from him, so I really appreciated that, and I appreciate the work he is putting in weekend after weekend with the team, and in the simulator.”

Perez’ win moved him up to third in the standings while Red Bull stretched its advantage over Mercedes in the Constructors’ battle to 26 points.

But Perez stressed that both he and Red Bull must remain focused on the long game.

“It’s only race six, it doesn’t really matter where we are now, it’s where we are in Abu Dhabi,” he said. “We just have to keep chipping away, maximise the car potential.

“It’s such a long way to go, so many things can happen, so we have to keep our heads down and keep looking forwards.”