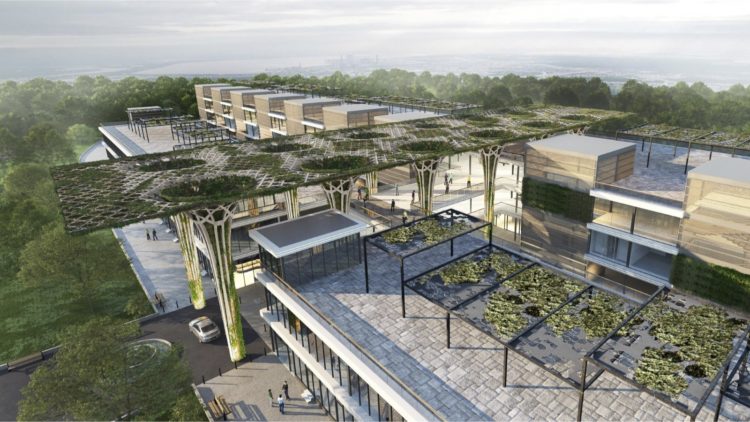 Organisers of Formula 1’s Saudi Arabian Grand Prix have revealed renders of the pits and paddock complex that is under construction ahead of its debut this December.

Saudi Arabia will join the schedule as the penultimate round, a weekend before Abu Dhabi, with a street circuit located on Jeddah’s corniche, adjacent to the Red Sea.

The 6.175km Jeddah Corniche Circuit will feature 27 corners and is anticipated to be the fastest street circuit in Formula 1, with an average lap speed of 250km/h expected.

The event, which is set to be supported by Formula 2, will be run at night.

On Tuesday race organisers revealed renders of the paddock facility that is set to house drivers, teams and other attendees of this December’s event.

“We are delighted to share these exclusive renderings of our stunning pit and team building with the world today,” said Prince Khalid Bin Sultan Al Abdullah Al Faisal, Chairman of the Saudi Automobile & Motorcycle Federation.

“The Pit Building stands as a symbol of all that this race represents: welcoming, modern and spectacular.

“With only six months to go until the pinnacle of motorsport reaches Saudi Arabia, preparations are progressing at an incredible rate as our dedicated team gears up for the first ever Formula 1 Saudi Arabian Grand Prix.

“We can’t wait to welcome you to Jeddah in December for a weekend of record-breaking racing and world class entertainment.”