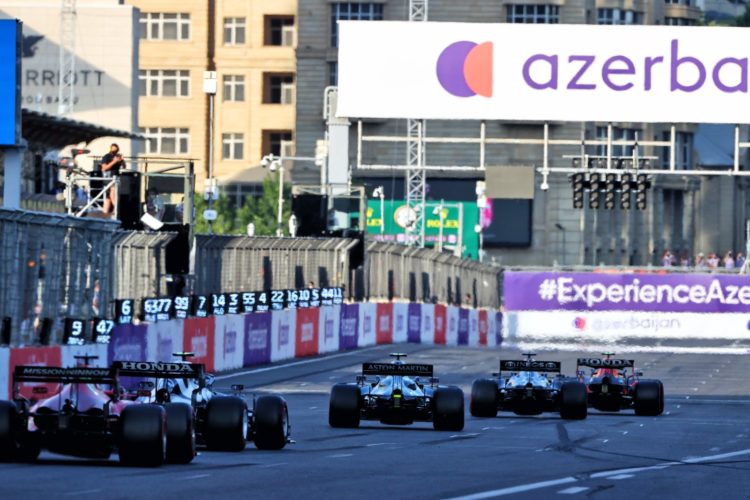 The late restart at the Azerbaijan Grand Prix acted as a “good prequel” to the new-for-2021 Sprint Qualifying, according to Ross Brawn.

Formula 1’s weekend format will be altered at three grands prix this year, with qualifying shifted to Friday, and a race – around a third-distance of a grand prix – taking place on Saturday afternoon.

The outcome of Sprint Qualifying will determine the grid for the main grand prix; the format will make its debut at Silverstone next month.

It is also due to be run at Monza’s Italian Grand Prix and a yet-to-be-determined third location.

“I was encouraged to hear a number of commentators say we needed another 10 laps of the action we saw in the final two laps of the Azerbaijan Grand Prix because it acts as a good prequel to sprint qualifying,” said Brawn.

“Sprint qualifying will be a little longer, around 17 to 20 laps, but it could well feature the same type of thrilling racing as the drivers won’t have to worry about saving tyres.”

The Azerbaijan race was the first of 2021 in which neither Verstappen nor title rival Lewis Hamilton scored a point, leaving them separated by only four points up front.

“It was unusual for Mercedes to come to a race with a car so out of shape,” said Brawn.

“It could be that following their difficulties in Monaco, they decided to take a different path, and that’s what put them so out of shape on Friday.

“If I had trouble with tyre temperatures like they did in Monaco, I would have been pushing to try a different direction. So their struggles on Friday could have been a result of that.

“It is possible that when we get back to races where they have more confidence and it’s a known platform, Mercedes will be back to their best. They have always struggled a bit at street circuits. Those have never been their strength.

“Red Bull started this year hot, which is the complete opposite of what they did last year. They didn’t come into their own until the second half of the year.

“So their start is an encouraging sign. If they can continue this momentum and keep taking the fight to Mercedes, we are in for quite a battle.”