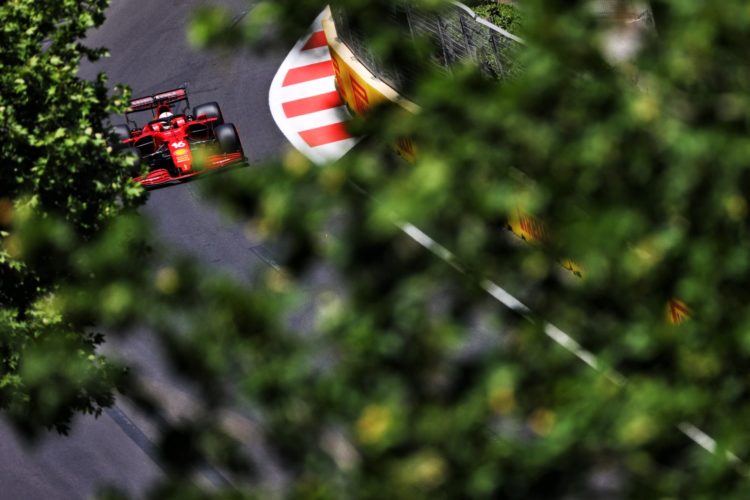 Charles Leclerc says a fallen tree branch at Turn 15 contributed to him relinquishing the lead during the early stages of Formula 1’s Azerbaijan Grand Prix.

Leclerc led away from pole position at the Baku City Circuit and managed to keep Lewis Hamilton at bay across the course of the opening lap.

But on the second lap Leclerc took evasive action after encountering a tree branch on the entry to Turn 15, opting instead to cut the corner.

Hamilton closed in on the Ferrari driver and grabbed the lead along the pit straight at the end of the lap.

“There was part of a tree in the middle of Turn 15,” said Leclerc.

“I actually lost quite a bit of time, because I cut the track and I was a bit worried to gain time on Lewis behind, as he hadn’t cut the track.

“I slowed down and then he overtook me, and then from then on it was quite difficult, because I was then behind Lewis in dirty air, where I struggled a little bit, and as soon as I lost the DRS, Max [Verstappen] overtook me.

“Then you are just in a vicious circle that is very difficult, because I had cars all around me that had a bit more pace than I did. So I struggled a little bit.

“Then I recovered a little bit of pace, but then we decided to stop early to go on those hard tyres, but let’s say there was nothing that was unexpected in these first laps as we expected Mercedes and Red Bull to be a bit stronger anyway.”

Leclerc went on to finish fourth, having lost out to AlphaTauri’s Pierre Gasly in a late battle for the final podium position.

Ferrari moved up to third spot in the Constructors’ Championship, two points ahead of McLaren, for the first time this year.