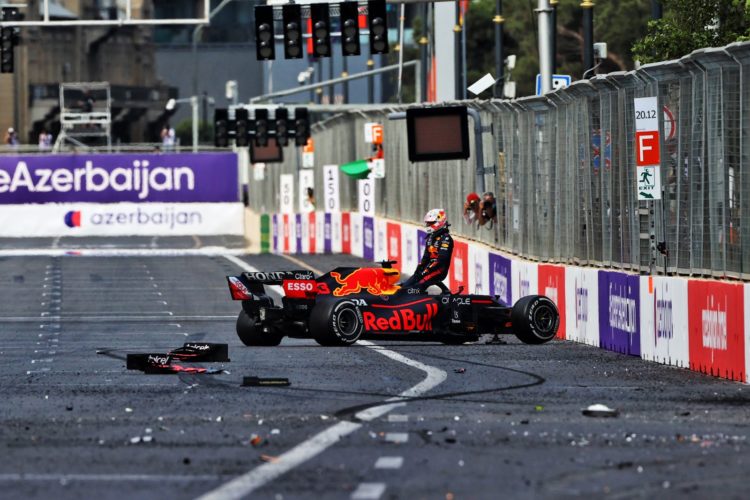 Verstappen passed polesitter Charles Leclerc for second spot and then overhauled Lewis Hamilton through the pit stop phase at the Baku City Circuit, as both switched to Hard tyres.

Verstappen held a comfortable advantage over Red Bull team-mate Sergio Perez but suffered a left-rear tyre failure along the main straight on lap 46.

The failure pitched Verstappen into the wall at high speed and Race Control immediately deployed the Safety Car before throwing the red flag.

Verstappen was able to walk away from the wreckage while Red Bull confirmed that there was zero warning prior to the failure.

Stroll was pitched heavily into the wall, having run a long first stint on Hard tyres, and was not injured in the impact.