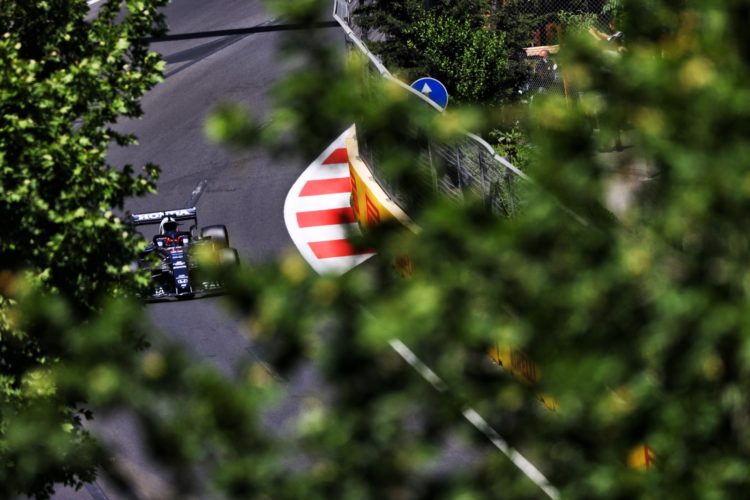 Verstappen enters this weekend’s round as championship leader for the first time in his career but compromised his preparation with a slow-speed off.

Verstappen locked up his left-front into the tricky downhill left-hander at Turn 15 and slid helplessly into the barriers.

The right-front of Verstappen’s RB16B sustained damage and the points leader was forced to abandon the car in the run-off.

The session was halted while the car was removed.

The crash brought Verstappen’s session to a premature end at the halfway mark of the hour and meant he was unable to carry out a representative qualifying simulation on Soft tyres.

Mercedes finished outside of the top 10 during Friday practice, leaving the team with a substantial workload overnight as it sought to address its deficiencies.

Lewis Hamilton rose to third place with a Soft tyre effort late on – though received a substantial tow from Perez along the full-throttle section that leads to the finish line.

Team-mate Valtteri Bottas was only 13th, having not picked up any slipstream on his lap, and radioed to confirm his position was “as far as this car goes without a tow.”

Ferrari emerged as Red Bull’s nearest challenger on Friday but both Charles Leclerc and Carlos Sainz were compromised in FP3.

Leclerc had to back off his first Soft tyre push lap when Williams’ Nicholas Latifi went into the run-off and brought out the yellow flags.

Sainz, meanwhile, carried too much speed into Turn 15 and had to take to the run-off, abandoning his lap.

The pair nonetheless classified an encouraging fourth and fifth, ahead of McLaren’s Lando Norris and Alpine’s Fernando Alonso.

George Russell was another driver to encounter issues as he stopped his Mercedes-powered Williams FW43B at Turn 1 late on owing to an engine problem.

Qualifying for the Azerbaijan Grand Prix is scheduled for 16:00 local time