Ferrari will be ‘back to reality’ after Monaco pole, podium 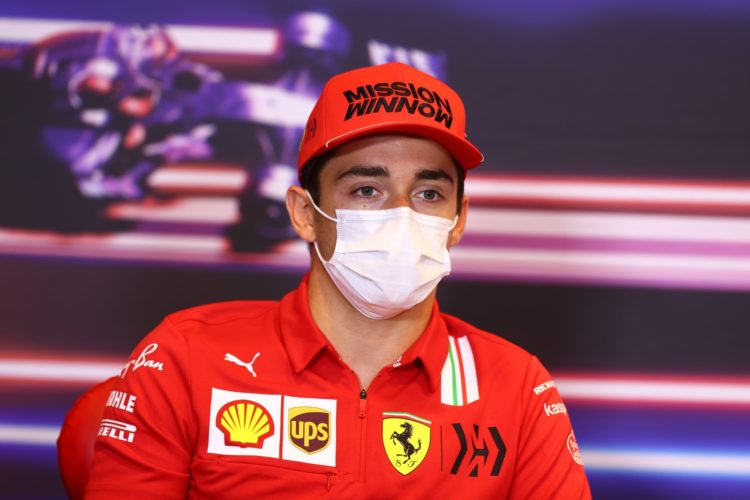 Charles Leclerc has outlined that Ferrari will be “back to reality” in Azerbaijan and cannot expect to maintain its front-running Monaco performance.

Ferrari’s SF21 displayed strong pace throughout the weekend in Monaco as the slow-speed corners and relative lack of straights played to the strengths of the package.

It came after Ferrari spent the first four events battling McLaren for third, behind Red Bull and Mercedes, with Leclerc claiming a pair of fourths and a couple of sixths.

“I think it will be a bit back to reality now,” said Leclerc ahead of Formula 1’s return to Baku City Circuit, where he scored his maiden points with Sauber in 2018.

“Monaco was a one-off, we were fighting for the victory, which was incredible and very nice for the motivation of everyone.

“But now, with long straights and it is a bit more high-speed in general here, even though there are quite a lot of slow speed corners, I believe we will be back to the normal competitiveness that we’ve had before Monaco.”

Leclerc explained that “the balance [of the SF21] is quite nice in low-speed corners” but that Ferrari “was even stronger in the low-speed in Monaco than we were in all the tracks before,” an aspect he says the team is yet to fully understand.

“I mean you have all these… this very long straight I think we spend two kilometres flat out,” he said of Baku’s layout.

“We know that it’s still a bit of a weakness for us in terms of top speed and acceleration, so we know that that is going to put us immediately a bit on the backfoot going into a weekend.

“But, at the same time, if we manage to get the car working well in the slow corners like we did in Monaco, we can still maybe be decently competitive.

“Nothing close to Monaco – because Monaco, I think it’s a bit of a one off, a bit of a special case scenario – but we’re still going to try and score some good points this weekend and keep improving as a team.”