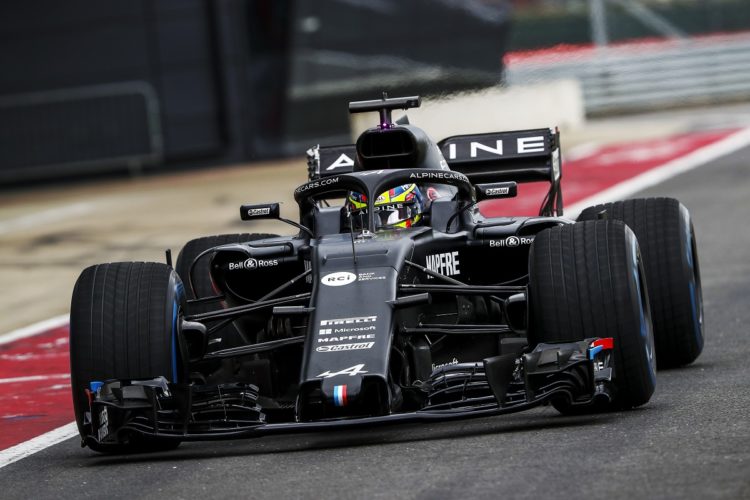 Alpine juniors Guanyu Zhou and Oscar Piastri gained more experience with a Formula 1 car this week, as they took part in a private test at Silverstone.

Both drivers were behind the wheel of the Renault R.S.18, which was used throughout the 2018 F1 campaign.

Piastri opened the private test on Tuesday in damp conditions, clocking 86 laps in what was his second F1 test. Zhou, in much drier settings, set 106 laps on Wednesday.

“It was a great experience driving a Formula 1 car again. There are not many better combinations than driving an F1 car fast around Silverstone,” Piastri said.

“It was a little bit wet in the morning, but we completed a lot of laps in the afternoon with a few qualifying and race simulations thrown in there too.

“I’ve learnt a lot from the day and it will stick in my mind for a long time. Hopefully, it’s the first of many experiences here driving an F1 car at Silverstone.”

Zhou added: “It was so nice coming from Monaco to Silverstone and feeling the amazing downforce in a Formula 1 car. I adjusted to the car straight away even though it was my first time in an F1 car this year.

“We had some light rain at Silverstone, but it didn’t impact our plan too much and I am happy with the progress we made as a team and for me personally.”

Both drivers will now switch their focus to the upcoming Formula 2 round in Baku, which will be the third round of the season.

With two victories and one further podium to his name so far in 2021, Zhou leads the Drivers’ Championship, holding a 16-point lead over second-placed Piastri, who has a single victory and two further podiums in the series.