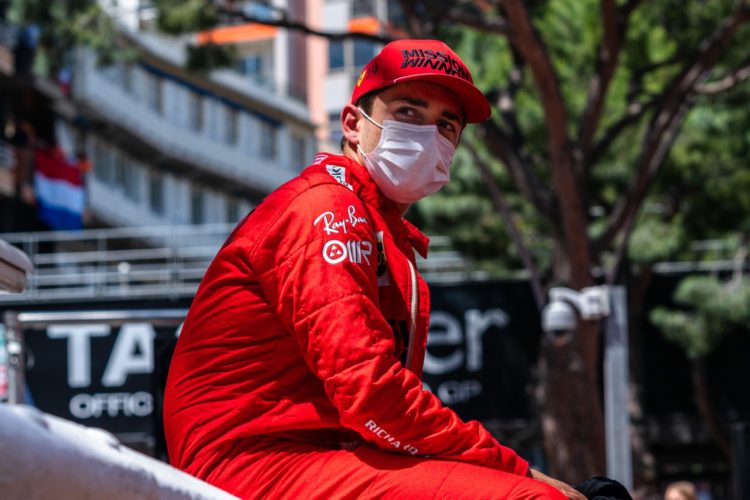 Charles Leclerc says he and Ferrari must “try and remember all the positive signs” despite his failure to start his home grand prix in Monaco.

Ferrari emerged as a front-runner for the first time since 2019 in Monaco and Leclerc put the SF21 on pole position prior to crashing in the final moments of Q3.

That crash netted Leclerc top spot but Ferrari had to undertake a substantial repair job prior to the race.

Ferrari gave the all-clear to the gearbox, which had been a cause for concern owing to the crash, but a driveshaft issue was detected during Leclerc’s reconnaissance lap to the dummy grid.

Leclerc returned to the garage and was duly unable to take the start.

It continued Leclerc’s dismal fortune on home soil, having previously retired from all four of his races in Monaco across Formula 1 and Formula 2.

“Of course it is difficult [to accept] because it is at home, it is not every day we have the chance to be in such a good place but at the end it is like this, it is part of motorsport, these things can happen,” he said.

“What I will try and remember from this weekend is all the positive signs we’ve had.

“We are coming back from quite far, if we see [the performance] last year, so we have done a good job by improving race after race.

“Here, it might be a one-off to be fighting for the win, but that doesn’t mean that there has been no progress, so we are on the good road, working well.

“The luck was not on my side this weekend but it is life, I will get over it, think about Baku, I’m very motivated to be back in the car and hopefully have a very good result soon.”

Ferrari maintained fourth in the standings but reduced the gap to third-placed McLaren to just two points courtesy of Carlos Sainz’s podium.