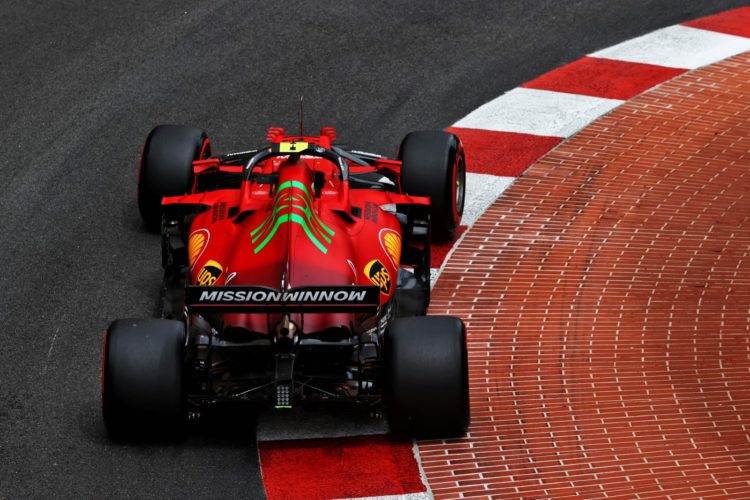 Ferrari has suggested that its best chance of picking up a victory in the 2021 Formula 1 season may have gone after missing out at the Monaco Grand Prix.

Ferrari emerged as a genuine front-running contender in Monaco with both Charles Leclerc and Carlos Sainz at the sharp end of the field throughout the weekend.

Leclerc claimed pole position in a qualifying session that was prematurely ended by his own accident while Sainz took fourth place.

But Leclerc was unable to take the start owing to a driveshaft failure, clearing the path for Max Verstappen to dominate, with Sainz profiting from Valtteri Bottas’ demise to register second.

Ferrari has previously battled McLaren for ‘best of the rest’ honours in 2021, behind Mercedes and Red Bull, and has not taken victory since the Singapore Grand Prix in September 2019.

“I think yes there will be circuits, [with] low-speed corners, that we may be competitive, but it is not a given,” said team boss Mattia Binotto.

“I think on our side instead of thinking which circuits we will be competitive we are already focused on Baku, the next one, then focused on the following [events]

“There is still room of exploiting better the car, we have shown if we prepare better the race weekend we can exploit the weekend.”

On whether Ferrari could again be in front-running contention Sainz suggested to “just look at the characteristics of the Monaco circuit and look at the ones close to this.

“You will not find many, and even those circuits you are thinking [about], the same as me, [it] doesn’t mean we will be fighting for pole or the podium.

“Mercedes and Red Bull, I believe, they still have an advantage on us and it will be very tricky to be finding ourselves fighting for the pole or win.

“That’s why this weekend is also a bit of a tough one to swallow as you don’t know when the next chance will come.

“But we need to take pride at the steps forwards and how competitive the car has been this weekend.

“It is not easy to be quick around Monaco, and the fact me and Charles were so quick, it is down to the good performance of the team and how everything has been working this weekend.”