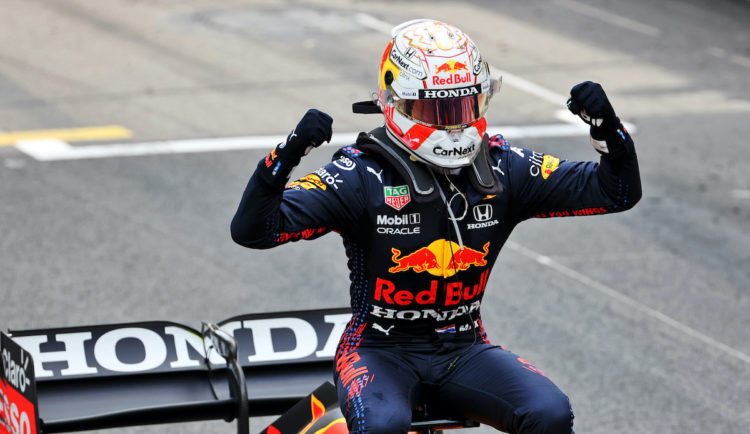 Max Verstappen prevailed as the victor of the Monaco Grand Prix, clinching the lead of the Drivers’ Championship on a day of woe for Mercedes.

Verstappen, who effectively inherited pole after Charles Leclerc failed to start after uncovering an issue on his reconnaissance lap, dominated the 78 laps to secure his second win of the season.

Following the Dutchman on the road was his former Toro Rosso team-mate Carlos Sainz, who bagged his first podium finish as a Ferrari driver, crossing the line in second place.

Lando Norris took the final spot on the podium for the McLaren team who sported a Gulf-coloured livery during the weekend, having benefitted from the misfortune of others.

With Sergio Perez in fourth place, Red Bull also take control at the top of the Constructors’ Championship for the first time since 2013.

After being out-paced in qualifying, Mercedes looked to the race for redemption – however its weekend only deteriorated further.

Bottas started on the newly-formed front row and challenged Verstappen off the line, but had to settle for second place until he made his pit stop.

However, an issue occurred during the Finn’s scheduled tyre change in which the wheel nut machined onto the axle and couldn’t be removed, forcing him into his second retirement in four races.

For Hamilton, the seven-time world champion was running in sixth place in the opening phase, with Mercedes choosing to pit him on lap 30 in an undercut attempt.

However, the plan backfired and Perez and Aston Martin’s Sebastian Vettel overcut him to take fourth and fifth at the finish respectively, with Gasly and Hamilton settling for sixth and seventh.

Lance Stroll too benefitted from an overcut, starting from 11th on the hard compound and pitting on lap 50, emerging in eighth ahead of Esteban Ocon and Antonio Giovinazzi, the latter sealing Alfa Romeo’s first point of 2021.

After missing out on Q3 on Saturday, the Australian ended the race in 12th place, but significantly was one lap down on team-mate Norris.

Ricciardo hounded the Alfa Romeo pair of Giovinazzi and Kimi Raikkonen in the final laps, but couldn’t make a move into the points.

The final three classified positions went to the F2 graduates for 2021 with Yuki Tsunoda heading the Haas duo of Nikita Mazepin and Mick Schumacher.