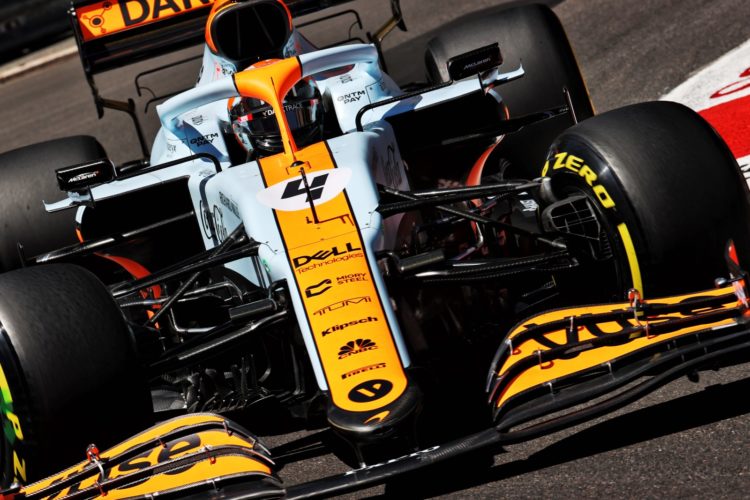 Lando Norris says experiencing Formula 1 success with McLaren would feel “even sweeter” on account of spending the bulk of his career at the team.

Norris joined McLaren’s development programme aged 17 in 2017 and held a test/reserve role before being appointed as a race driver for 2019.

On Wednesday McLaren confirmed that it has agreed a new multi-year deal with Norris that will keep him at the team through at least 2023.

McLaren finished ninth in the standings in 2017, when Norris first tested its Formula 1 machinery, but last year rose to third, a position it also holds this season.

“The thing is, next year it’s so unknown with the new regulations, I have no idea personally what we are going to be like,” he said

“I think you are still going to see Mercedes and Red Bull at the top, just because they have so many resources and have been able to focus already so early on next year’s car.

“That’s [the title] my goal, that’s what I want to achieve by the time I finish in F1. It’s not something where I’m saying, ‘next year, or a couple years after that we are going to be winning that’.

“We’ll still be aiming I’m just hoping we will be closer than we are now. I’m happy and it’s not like I’m saying to the guys, ‘we need this year and if it’s not, I’m leaving’.

“It’s not saying that I want that in the next few years, it’s more of an end goal.”

Norris emphasised that he has full belief that McLaren can eventually return to front-running contention.

“I have a lot of confidence in the team from the progress we’ve made over the last couple of years, especially coming into next season,” he said.

“We’re not going to be winning races this season, but there’s a much better chance to make that next step and keep moving forward next year and the year after that.

“The best thing for that is to just stay where I am. But also because I’m just very happy with where I currently am.