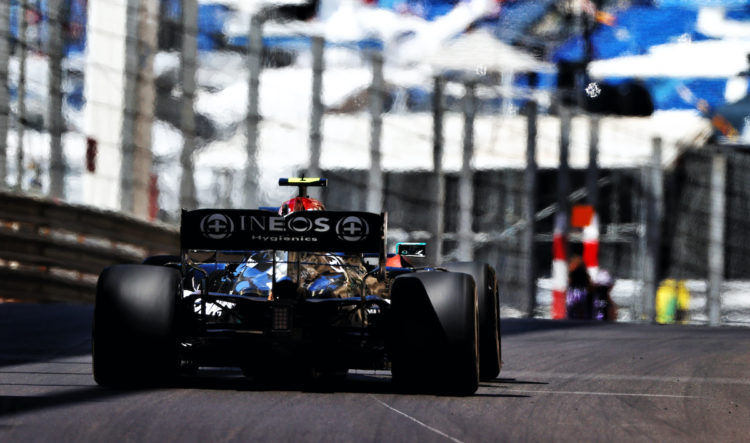 Mercedes team chief Toto Wolff believes Formula 1 runs the risk of protests following the FIA’s action over flexible rear wings, and joked that his team would introduce its own flexi-wing.

Mercedes raised the issue of flexi-wings last year according to Wolff, but it has taken until now for the FIA to act after video footage taken from the Spanish Grand Prix clearly showed Red Bull’s rear wing dipping on the straights.

The FIA issued a technical directive explaining that increased testing would take place from the French GP, but that means teams are free to continue using what are essentially illegal wings this weekend in Monaco and in Baku next month.

McLaren’s Andreas Seidl described that as “not acceptable” and it’s a view shared by Wolff, who described the change as “half-baked” and believes it risks rival teams protesting race results.

“My view is very similar to Andreas,” he said. “It’s clear that if you have a back-to-back race or maybe even two weeks, it’s too short for everyone to adjust [to changes]. But we have four weeks until Baku and it is incomprehensible that within four weeks you can’t stiffen up a rear wing for the track that is probably the most affected by flexible rear wings.

“That leaves us in no man’s land, because the technical directive says that the movement of the rear wings has been judged as excessive, so teams who would run this kind of thing are prone to be protested and probably this is going to go to the ICA (International Court of Appeals). Nobody needs this situation.

“It leaves the door open for protests, it’s not only us but it’s probably two other teams that are most affected, maybe more. Obviously a protest could end up in the ICA, so that’s a messy situation, it can take weeks before we have a result. We should not have this situation if we are having four weeks until the race that is most relevant in the calendar.”

When asked if Mercedes would be required to redesign their rear wing to pass the new tests, Wolff joked that they would make their wings “softer” so they flexed more.

“Yes we will need to modify our wing,” he said. “We need to soften it. Our wing is extremely rigid, complying to the famous Article 3.8 that it must remain immobile.

“The new test that has been introduced is a half-baked solution which is giving us opportunity, the whole thing can soften and bend more in the future.”