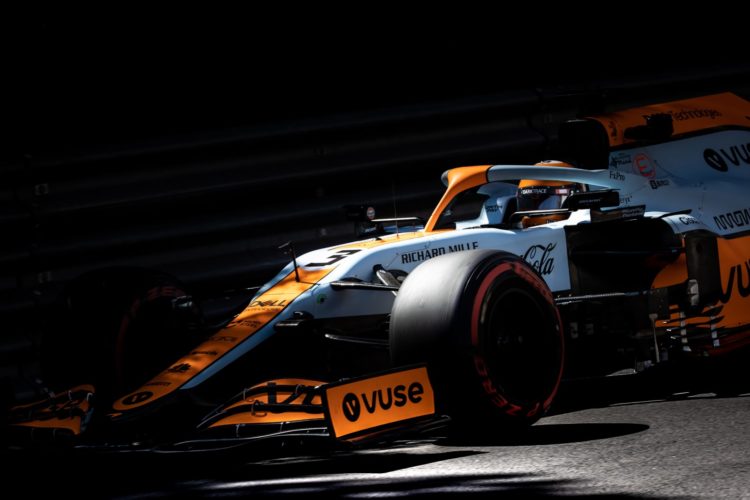 Daniel Ricciardo says he has to “figure out where all the time is” after being surprised by his relative lack of performance during practice for Formula 1’s Monaco Grand Prix.

Ricciardo, who dominated the Monaco weekend for Red Bull in 2018, was left down in 15th position at the conclusion of Thursday’s second practice session.

He finished in front of only the Williams and Haas drivers, and AlphaTauri’s Yuki Tsunoda, who was unable to clock a representative time after hitting the barriers.

Ricciardo denied any ill-feeling behind the wheel of McLaren’s MCL35M and says he has to understand why he is at the rear of the midfield pecking order.

“I felt that I had confidence, it was just not translating to lap time,” he said.

“From behind the wheel it was quite frustrating because I would cross the line and think it had been a decent lap, and it was like you are P12 or P15, and even at one stage P17.

“So [it is] frustrating because it is a long way off. There is a lot of time to find. Luckily we have tomorrow off, but right now it is like, yeah, trying to figure out where all the time is.

“The second sector was my weakest one, and that is Turn 5, 6, all the low-speed. It is a bit surprising why I am losing so much there.

“I’ll get into the data and have a look, and it is a good thing that tomorrow the day off, just bring everything down and figure it out.”

“Today has been a good day,” he said. “I was comfortable from the beginning, which is very important around here. At the same time the car has been pretty fast. Pretty competitive.

“But comparing to the rest we seem pretty good. I am comfortable in the car and the car is good. I have some things I want to improve for tomorrow. But all in all it was a good day, better than I expected.”