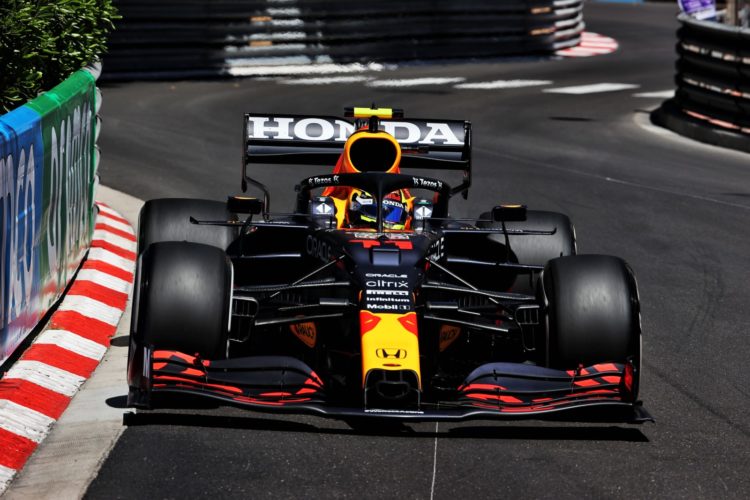 Red Bull’s Sergio Perez opened the Monaco Grand Prix weekend atop the timesheets as Formula 1 cars returned to city streets for the first time since 2019.

Formula 1 has not competed at a street circuit during the pandemic, with last year’s Monaco round cancelled, but this season’s event is going ahead, albeit with restrictions.

Perez, who has not yet scored a podium finish since joining Red Bull, set two laps on Soft tyres that proved quick enough for top spot.

Sainz was a front-runner from the outset in the one-hour session, held in warm and sunny conditions, and escaped a brush with the wall through the exit of Piscine.

Pierre Gasly finished an encouraging fourth for AlphaTauri, with his AT02 equipped with Softs, as Mercedes classified fifth and sixth respectively.

Lewis Hamilton and Valtteri Bottas opted against using the Soft tyres during their best laps.

McLaren has grabbed the attention during the build-up to the event, courtesy of dressing its MCL35M in a new livery for the weekend, as well as the decision to retain Lando Norris on a multi-year deal.

Norris placed seventh in the session though team-mate Daniel Ricciardo, victor of the race in 2018, was a low-key 15th.

Sebastian Vettel was a promising eighth as he chases his first points with Aston Martin, as AlphaTauri’s Yuki Tsunoda – experiencing Monaco for the first time – classified ninth, with Alfa Romeo’s Kimi Raikkonen rounding out the top 10.

Fernando Alonso was the only driver to encounter serious wall-related drama as he clipped the barriers exiting the final corner, sustaining front-wing damage, though he was able to pit for repairs and resume his run plan.

Leclerc opened the session by waving to supporters on an apartment balcony along Beau Rivage but that proved to be one of only four laps he completed.

Leclerc returned to the garage after just a handful of minutes amid a suspected engine issue and Ferrari quickly diagnosed a gearbox problem on the SF21.

The Monegasque youngster was unable to return to action.