Leclerc on top on home soil as Ferrari surges ahead 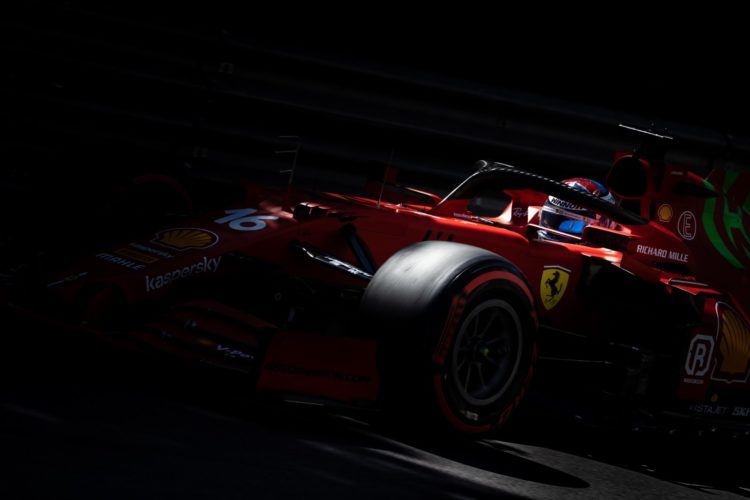 Ferrari, currently fourth in the standings, emerged with the fastest one-lap package through the second one-hour session in warm and sunny conditions at the Circuit de Monaco.

Leclerc clocked a time of 1:11.684s during the Soft tyre runs to finish 0.112s clear of team-mate Carlos Sainz.

Leclerc had previously sat out almost all of the opening practice session due to a gearbox failure.

The Ferrari drivers were the only duo able to dip into the 1:11s during the course of the session.

Honours have so far been shared between Lewis Hamilton and Max Verstappen this year but the pair had to settle for third and fourth respectively.

Hamilton recovered from a scruffy first push lap on Softs to finish as Ferrari’s nearest opponent but was still almost four-tenths down on Leclerc’s best.

Verstappen, chasing a maiden Monaco podium, was just seven-thousandths of a second behind his title rival.

Valtteri Bottas was fifth overall, within a tenth of Hamilton and Verstappen, while Lando Norris was the lead McLaren driver in sixth spot.

AlphaTauri’s Pierre Gasly was seventh, and the last driver to classify within a second of leader Leclerc, as Sergio Perez took eighth for Red Bull.

The session was relatively free from drama, with only rookie drivers Yuki Tsunoda and Mick Schumacher encountering major issues.

Tsunoda swiped the barriers exiting Piscine and while he was able to recover his damaged AlphaTauri AT02 to the pit lane he did not re-emerge, leaving him with only 11 laps under his belt.

Schumacher, meanwhile, drifted wide through the left-hander at Massenet and clattered into the barriers.

Schumacher tried to take his damaged Haas VF-21 back to the pit lane but stopped at the exit of the chicane due to the broken right-rear suspension, causing the session to be halted five minutes early.