Verstappen ‘has nothing to prove’ in Hamilton title fight 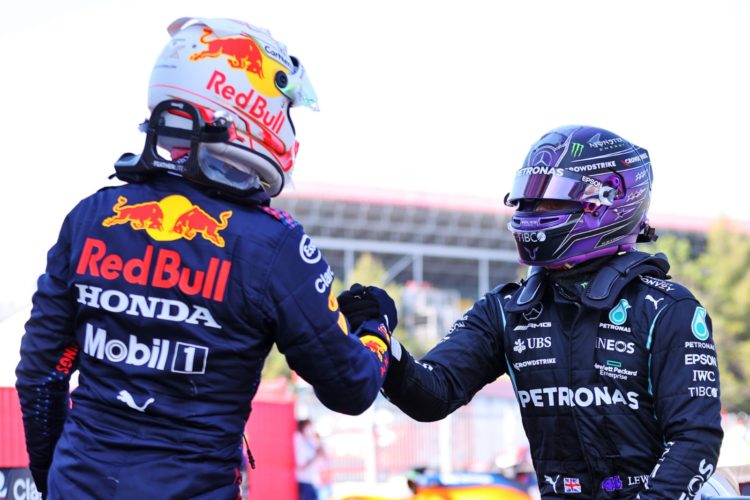 Max Verstappen has countered a claim made by Formula 1 title rival Lewis Hamilton and insists he has “nothing to prove” in their battle ahead of this weekend’s Monaco Grand Prix.

Hamilton leads Verstappen by 14 points in the standings in a season in which the pair have romped clear of the opposition overall.

The Mercedes and Red Bull drivers have battled on-track for position at each of the opening four grands prix, with Hamilton taking three wins to the one victory obtained by Verstappen.

Hamilton, who faced the media first on Wednesday, commented that he has “done well to avoid all the incidents so far,” commenting he and Verstappen “could connect [but] hopefully not.

“I think the good thing is I think there is a nice balanced amount of respect between us.

“Perhaps, as you know, he feels that he has a lot to prove but I am not necessarily in the same boat there and I am more long term… it’s a marathon not a sprint, sort of mentality, which is ultimately why I have the stats that I have.

“I will continue with that and I will do everything to make sure that we do avoid connecting.”

“I have nothing to prove,” he asserted. “And avoiding contact, I think it goes both ways, so we have done well, that’s true.

“But we raced hard, we avoided the contact, both sides, let’s hope we can keep doing that and keep being on track and race hard against each other.”

Verstappen has never finished on the podium in Monaco, though took second on-the-road to Hamilton in 2019 prior to a time penalty relegating him to fourth.

“Naturally, Red Bull were incredibly close two years ago,” he said. “It’s a much different car, we have different tyres. Red Bull are going to be very, very hard to beat this weekend.

“This is a track that always has been strong for them and given how close the gap is between us, you can imagine this weekend it could be ahead, but we are going to do everything we can to make sure it’s not the case.”