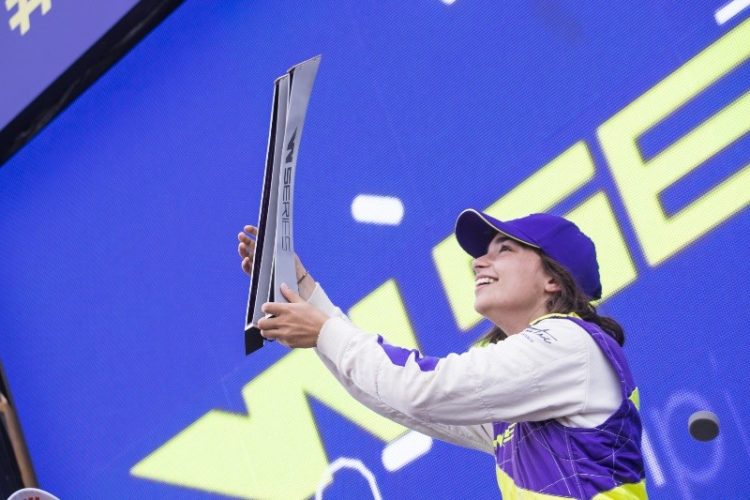 W Series has relocated its season-opener to Austria following Formula 1’s decision to reorganise its 2021 calendar.

The series had been due to open its 2021 campaign at Circuit Paul Ricard on June 26 but the French Grand Prix has been moved a week earlier.

That was undertaken following tighter travel restrictions that meant Formula 1’s visit to Turkey on June 13 was no longer possible, and meant Formula 1 could open a vacancy to run a double-header in Austria.

As a consequence W Series’ 2021 season will still open on June 26 but will instead do so alongside Formula 1 at the Styrian Grand Prix.

W Series is then due to appear at grands prix in Austria, Britain, Hungary, Belgium, the Netherlands, USA and Mexico.

The category was launched in 2019, with Williams-linked Jamie Chadwick emerging as champion, but did not race in 2020 owing to the pandemic.

For 2021 the series secured a deal to act as a Formula 1 support event, having previously run at DTM rounds in 2019.

With little over a month until the series’ second season – following 2020’s year without action – W Series is hosting a five-day test at Wales’ Anglesey Circuit, in which 23 of the confirmed 24 drivers will be in attendance.

South Africa’s Tasmin Pepper is unable to attend the test due to travel restrictions (South Africa is on the UK’s red list).

“I am overjoyed that the waiting is finally over and our drivers are back on track for W Series’ second season,” commented series boss Catherine Bond Muir. “If you had told me when Alice Powell won our last race at Brands Hatch that I would have to wait 646 days to see our cars on track again, I wouldn’t have believed you because our first season was such a resounding success.

“The postponement of our second season actually gave us time to accelerate our plans, and we return bigger and better in 2021 and ready for a new era of racing. Today we are just 40 days away from the first race of our landmark new partnership with Formula 1, which demonstrates not only the power of our mission but the excitement of our racing too.

“This week’s pre-season test is essential preparation for the challenges that our drivers will face this season, and a reminder of how tough the season is going to be. I know that every one of them is relishing the prospect of getting behind the wheel of our cars and bringing the W Series mission back to life again.”

As was the case in W Series’ inaugural season, all drivers will compete in Tatuus T-318 Formula 3 race cars, but with updated safety and reliability refinements. In addition, following feedback from fans and commentators in 2019, W Series is making it easier to follow the action and identify drivers by giving the cars distinctive liveries, some of which will be tested this week.