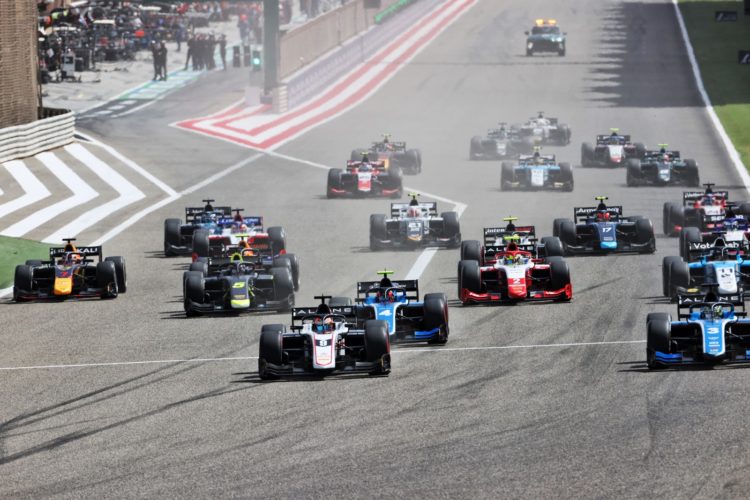 The boss of Formula 1’s feeder championships believes that the revised weekend format for 2021 has reduced the expenditure required by teams.

The Formula 2 and Formula 3 calendars have undergone a drastic restructuring for 2021 with the categories split and no longer featuring on the same race weekends.

Instead, Formula 2 sits alongside Formula 1 at eight grands prix, with Formula 3 present at seven, while three races take place at every round, rather than two.

One reason for the change was a desire to reduce costs for teams, via a reduction in logistics and overheads, with the ambition to ease budgetary requirements for drivers, which has been more pressing amid the impact of the pandemic.

“I think at the end of the day, the costs for the teams has been decreased,” explained Bruno Michel, CEO of both championships, to select media.

“It’s difficult to say at the moment how much it’s going to be and what will be the complete outcome. It would be interesting to see that over a full season.

“We’re monitoring it quite closely with the teams.

“Now, the question is always, if the costs are going down, number one, how many personnel have the teams been able to neutralise between F2 and F3. That’s something that they’re still working on, there are still some adjustments between the teams to know, really, how they can operate.

“It’s always a little bit tricky, and they want to be sure they’re not going to be in a difficult situation because they made decisions in that direction.

“The second thing as well is that also there’s a market of supply and demand for the seats in those categories.

“That’s something I would imagine we’ll adjust within time, because we can’t have teams that are selling 30 per cent, 40 per cent more than others. It will also take a little bit of time but it is going in the right direction.”

Michel also expanded on the current market and that for 2021 “finding 30 drivers in F3 has been easier than finding 22 drivers in F2” and hopes to ease the financial burden further in coming seasons.

“That’s what we are trying to achieve and so far, let’s say it’s been working, but we know it is always a quite thin situation and some drivers might not finish the season, like in the past already.

“We always need to be careful and I’m always aware of the situation with the teams and the drivers to try and anticipate things if possible.”