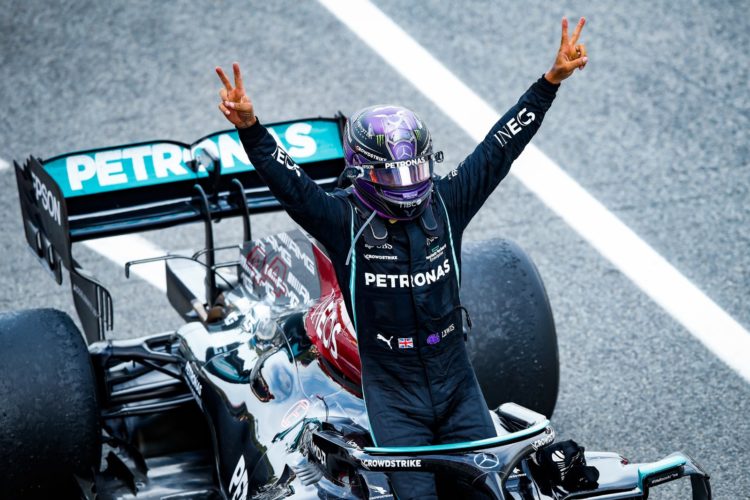 World Champion Lewis Hamilton says he hopes to avoid a repeat of last season’s contract saga and finalise his plans prior to the Formula 1 summer break.

Hamilton’s contract talks through 2020 were put on hold amid the impact of the pandemic and the subsequent compacted nature of the delayed season.

The respective parties agreed to pushed back discussions until he clinched a seventh world title and then postponed further as both Hamilton and Mercedes team boss Toto Wolff contracted Covid-19.

It was finally confirmed in February that Hamilton had signed a one-year deal to keep him at Mercedes for 2021.

Hamilton has intimated through the early stages of 2021 that he wants to remain in Formula 1 beyond the end of the current campaign.

Speaking after taking victory at the Spanish Grand Prix on Sunday Hamilton said: “Yeah, we never want to be in the position that we were in in January, in February.

“It ruined my whole winter and I’m sure it wasn’t helpful for Toto’s, in terms of being out to be off and relaxed, so it felt like we didn’t really have much of a break.”

Hamilton nonetheless outlined that while keen to resolve contractual matters in the next few months they must not distract him from his title fight against Max Verstappen.

“Naturally we don’t have to rush anything but I think we have to be sensible and start conversations,” he said.

“They’re very complex, it’s never a super simple procedure and so hopefully soon we can start, as long as it doesn’t interfere the actual job.

“We still have 19 races to do but it would be great to get something in place before the break so then we could, again, be in that break and have a clear picture of the future.”