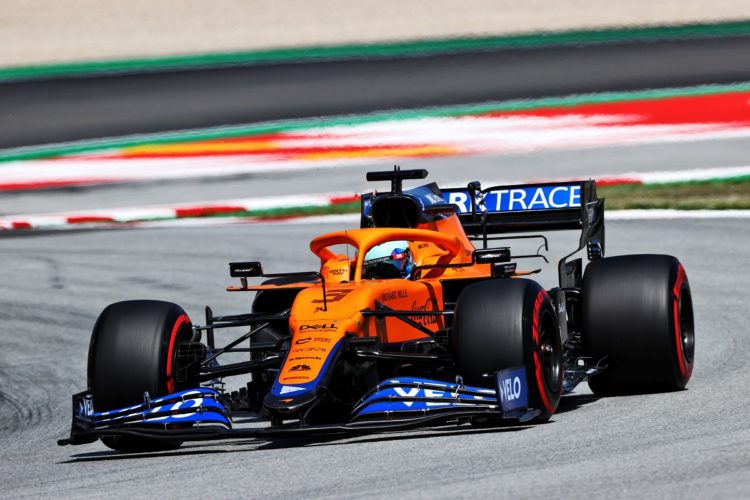 McLaren’s Daniel Ricciardo has described his qualifying effort at the Spanish Grand Prix as a “mini breakthrough” for his 2021 season.

Ricciardo is still getting accustomed to his new surroundings at McLaren, and was dealt a blow last time out at Portimao when he failed to advance beyond Q1.

In Barcelona, the Australian didn’t start a second flying lap in Q3 after failing to get around to start the lap in time, but still managed to take seventh, as most of his rivals didn’t improve.

“I’m certainly standing here more happy than I was one week ago,” Ricciardo said, as he now leads team-mate Lando Norris 3-1 in the intra-team qualifying head-to-head.

“I drove with more confidence but I’m aware that there are still some corners that I’m still finding my way, so to speak. It’s a mini-breakthrough, let’s say that.”

Ricciardo finished 15th in the timesheets on Friday, sprouting concerns that another tough weekend lay ahead of him.

However, alterations to the set-up granted him more confidence behind the wheel, particularly through high-speed corners.

“I think probably the set-up, which then allowed me to drive better and more confidently,” Ricciardo said when asked what changed from Friday.

“The car was tricky yesterday, I didn’t have a whole lot of confidence in the high-speed stuff to be honest.

“I think that showed today, sector one we were pretty quick, purple a few times. Once you get into [Turn] 1, you jump on the throttle and hold on.

“I certainly had the confidence to hold onto it today. We brought some updates, and I think we improved the set-up to make the updates work today.”

Ricciardo has scored points at every race so far in 2021, taking a best result of sixth at Imola last month.