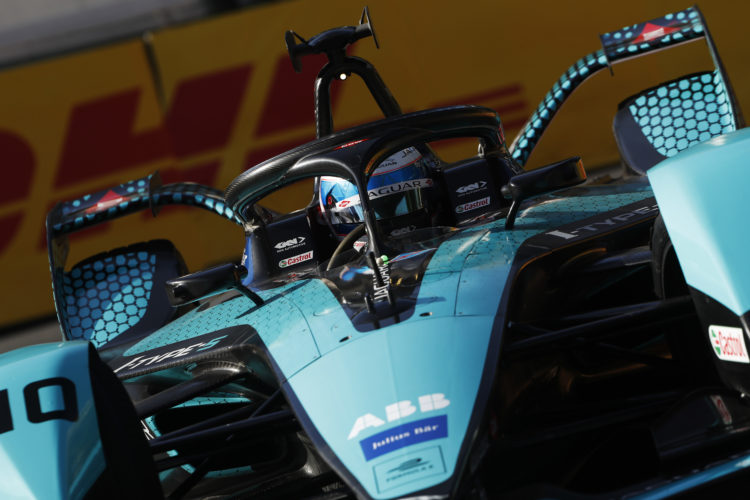 After a disappointing weekend in Valencia, the Jaguar duo of Sam Bird and Mitch Evans topped the timing sheet in both practice sessions, as Formula E made its highly-anticipated return to Monaco.

Bird led the way in FP1 with a 1:32.220s, only three-thousandths faster than Evans, with former team-mate Robin Frijns next up for Envision Virgin.

Evans then clocked in the fastest time so far with a 1:31.118s in FP2 to go 0.185s quicker than Bird. Reigning champion Antonio Felix da Costa slotted into third, over two-tenths down on the New Zealander.

The 45-minute FP1 session saw drivers and teams get to grips with the full Circuit de Monaco. Formula E has raced at the Principality every other year since Season 1 but has previously used a shorter layout that turns a tight right at Sainte Devote and re-joins the grand prix layout at the chicane.

The close run session saw Frijns set the mid-session benchmark, but margins look set to be tight as the top 15 drivers all finished within a second of one-another.

Track time was brought to a halt, after a mid-session red flag was triggered to recover Dragon/Penske’s Sergio Sette Camara. The Brazilian’s car was left stranded after losing drive at La Rascasse and being nudged by ROKiT Venturi’s Norman Nato.

FP2 got underway in beautiful conditions at the Circuit de Monaco, with a select number of spectators permitted for the first time since Marrakesh E-Prix last year.

BMW i Andretti’s Maximillian Guenther laid down the benchmark early into the session, with a 1m 32.357s that went quickest until the closing minutes of the session.

Jean-Eric Vergne, who won here in 2019, popped in the fastest time of the session so far with a 1m 31.759. However, his team-mate da Costa then knocked him off the top of the timing sheets moments later, as Oliver Rowland split the DS Techeetahs.

Yet it was Evans in the Jaguar who was the star of the show, clocking in a 1m 31.118, with his team-mate Bird behind him.

Da Costa closed the session in third, ahead of Porsche’s Andre Lotterer and Rowland in the Nissan e.dams.

Frijns was sixth, with Edoardo Mortara and Nyck de Vries the leading ROKiT Venturi and Mercedes EQ, respectfully, in seventh and eighth.

Wehrlein and Vergne then rounded out the top 10. Whilst it was a disappointing session for the second Mercedes EQ of Stoffel Vandoorne, who could only managed 15th place.

Energy management is proving to be a crucial factor on the challenging circuit, so margins are going to be tight heading into Group Qualifying as no driver can afford to make a mistake.