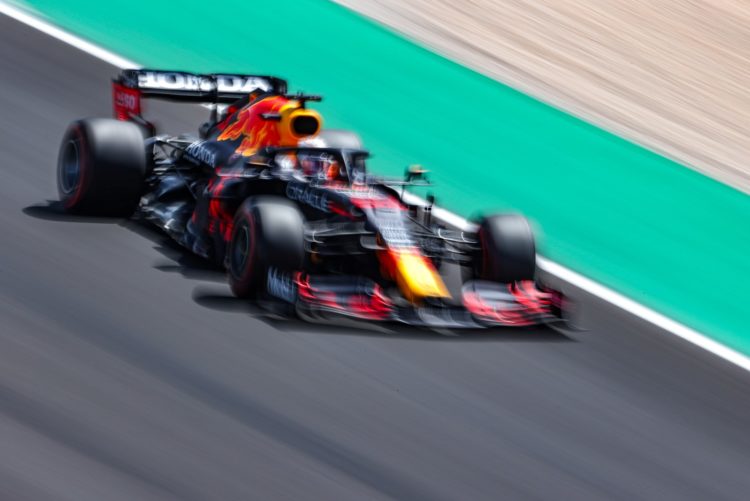 Max Verstappen believes Formula 1 needs to find a consistent solution to the issue of track limits after a contentious start to the 2021 campaign.

Track limits were enforced at some corners that feature tarmac run-off at the opening trio of events, with the guidelines altering through the weekend on occasion.

Verstappen lost a potential pole position by running wide through Turn 4 at Portimao and was stripped of the fastest lap point in race trim after going outside of the Turn 14 kerbs.

While sympathetic to circuits that need to cater for more than just Formula 1, Verstappen believes championship chiefs need to apply limits on a consistent basis.

“I think we do need to find a solution, of course I understand some tracks we race together with MotoGP and of course they want a bit different kerbs to what we like,” he said.

“But I think we need a middle way that works for both, because with our cornering speed basically we can abuse the whole track with the grip we have with the cars, which just makes it really difficult sometimes to really judge proper track limits.

“From my side I think we should try and put a bit more gravel in place – but then sometimes that’s not what tracks want as with track days you have people go off and the gravel comes on track and they need to clean it and it costs money to put it back in place.

“But I think it is sometimes a bit confusing [looking] from the outside where some places you [can] run on the kerb, some places are policed on the white line.

“I think we can make it a lot better by making sure there is a hard limit where you go off a kerb or whatever.”

Verstappen believes the fact he has fallen foul of track limits on a handful of occasions is down to his approach in trying to fight the Mercedes drivers.

“I’m just trying to get everything out of the car when we are not on the same level as Mercedes,” he said.

“I can also just easily not be on that topic of using track limits or whatever but then I’m quite comfortably behind the Mercedes, which I don’t like.

“I always try to get the best possible result out of it. But yeah, I went twice basically outside of the track limit where it cost me a pole and a fastest lap but it’s also because I don’t settle for second or third.”