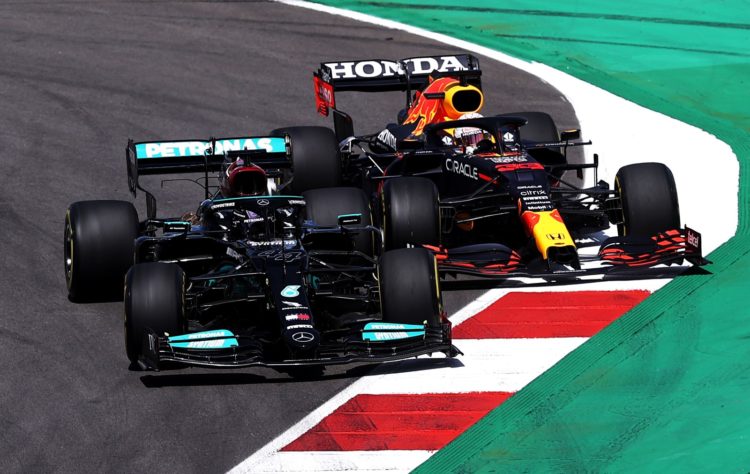 Max Verstappen says he has “full trust” that he and Lewis Hamilton can push their wheel-to-wheel Formula 1 battles to the “absolute limit” without colliding.

Verstappen and Hamilton have so far battled for position at all three of this year’s Formula 1 grands prix in Bahrain, Italy and Portugal.

The pair have pulled clear of their rivals in the championship, with Hamilton eight clear of Verstappen, who already holds a 24-point buffer back to third-placed Lando Norris.

Between them they have won nine of the last 10 grands prix in Formula 1.

“It’s been really cool, especially when you race a driver, when you know that you can go to the absolute limit, I guess you can trust each other to just race super-hard,” explained Verstappen.

“I think that’s always really nice because you can see in the three races we’ve had we haven’t really… well, we gave each… how you say? It’s been really close to each other but predictable.

“Lewis has never had something like ‘oh, we’re going to crash’ or something. I always have full trust in Lewis that we all give each other enough space.”

“I think we will continue to keep it clean and keep it on the edge but I don’t think either of us has a plan to get any closer than we have been.”

Hamilton also joked that the pair will be tired of the sight of each other by the end of the year.

“I think it is a great fight between Mercedes and Red Bull and I’m sure also down the field and we will be pushing each other right to the last race,” he said.

“We’re going to be sick of each other at the end I would imagine or sick of racing, because there are so many races!”