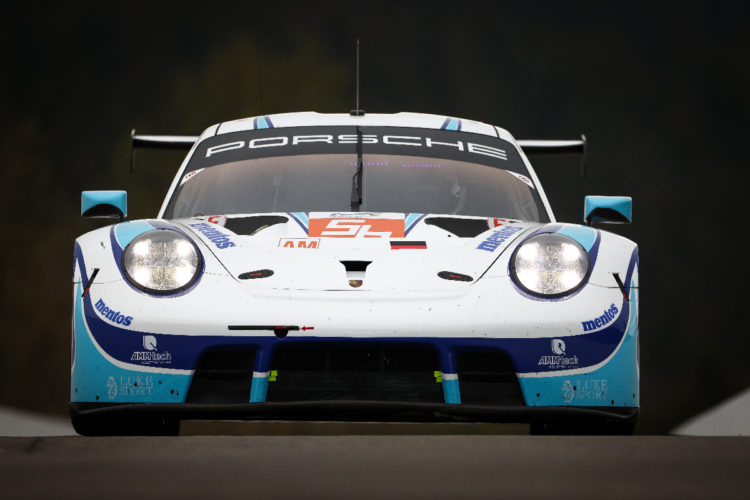 Team Project 1 has opted to withdraw from the Six Hours of Spa-Francorchamps following a crash during qualifying on Friday.

The #56 Porsche 911 RSR-19 suffered significant damage when Egidio Perfetti lost control of the car at Raidillon on his outlap following a previous red flag and crashed.

The team attempted to get the car repaired for today’s six-hour enduro, but will not be able to compete in the opening round of the 2021 FIA World Endurance Championship.

It marks the second time this week that the 2018/19 champions have seen themselves forced to withdraw a car at Spa.

Earlier in the week, their #46 car set to be piloted by Anders Buchardt, Dennis Olsen and Axcil Jefferies was also withdrawn.

This came as a a result of significant damage when Buchardt crashed the car during the Monday afternoon session of the Prologue, after which no replacement chassis was available.

With both Porsches out of the race, the field for the opening round of the championship has been brought down to 33.

The #77 Dempsey-Proton Racing Porsche 911 RSR-19, which suffered a very similar crash in qualifying in the hands of Christian Ried, has been repaired in time and will be taking part.