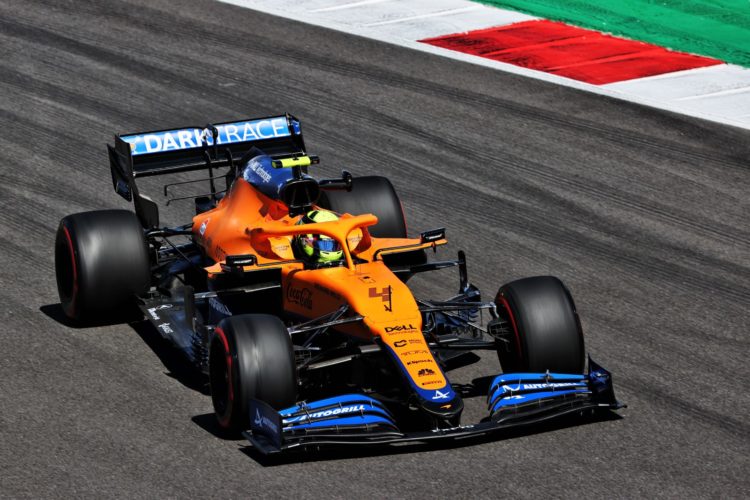 Lando Norris says McLaren is unconvinced that it can qualify in the top half of the grid in Portugal and conveyed surprise at the speed displayed by Alpine.

Norris holds third place in the standings after the opening two rounds, having displayed strong speed at Imola, while McLaren currently edges Ferrari in the Constructors’ battle.

But Norris languished in 12th position during Friday’s second practice session at Portimao while team-mate Daniel Ricciardo only fared slightly better in eighth.

“Alpine was very fast today,” said Norris. “We know Ferrari are quick, so if they are ahead of us it’s not a surprise.

“But we had a big gap to the Alpine cars the last two weekends and this weekend they seem a lot more competitive, so it makes the chance to get into Q3 a lot more difficult.

“We are not confident of being inside the top 10 which is important to get into Q3.

Ricciardo has trailed Norris during the opening two races but expressed confidence that he is starting to get a handle on the MCL35M.

“It was good, I felt from lap one this morning, it just felt like everything was a bit more familiar,” he said.