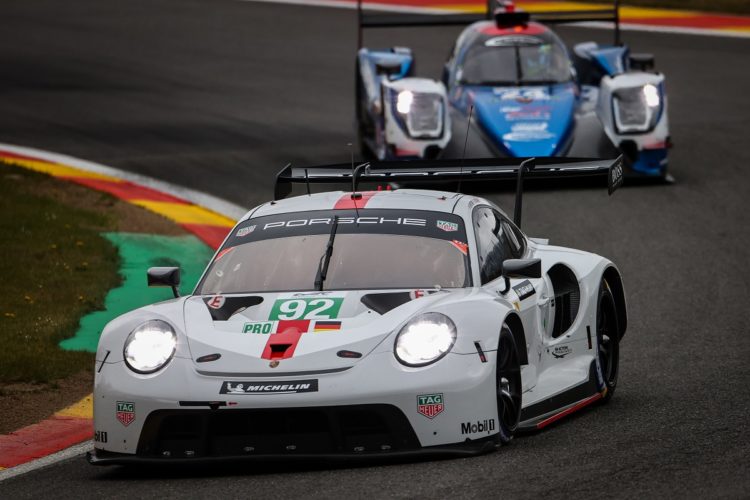 Kevin Estre in the #92 Porsche 911 RSR-19 produced a mighty lap to take pole for the World Endurance Championship’s season-opening 6 Hours of Spa-Franchorchamps, over a second quicker than #52 Ferrari 488 GTE Evo’s Miguel Molina.

The 10 minute session was red flagged twice, initially for Christian Reid crashing the #77 Dempsey-Proton Racing Porsche 911 RSR-19 heavily at Radillion, then Eugedio Perfetti, in the Team Project 1 #56 Porsche 911 RSR-19, having an almost identical accident on his out lap when the session was green flagged.

But once the session finally got properly underway, Estre set an incredible lap, a 2:11:219, to take pole by a country mile. With Molina second by 1.132 seconds, third fell to the other factory Porsche, the #91 Porsche 911 RSR-19, with Richard Lietz just 0.019 seconds slower than Molina.

Rounding out the top three in class was the sole remaining Dempsey-Proton car, #88 Porsche 911 RSR-19 with Andrew Haryanto at the wheel, setting a 2:16:319.