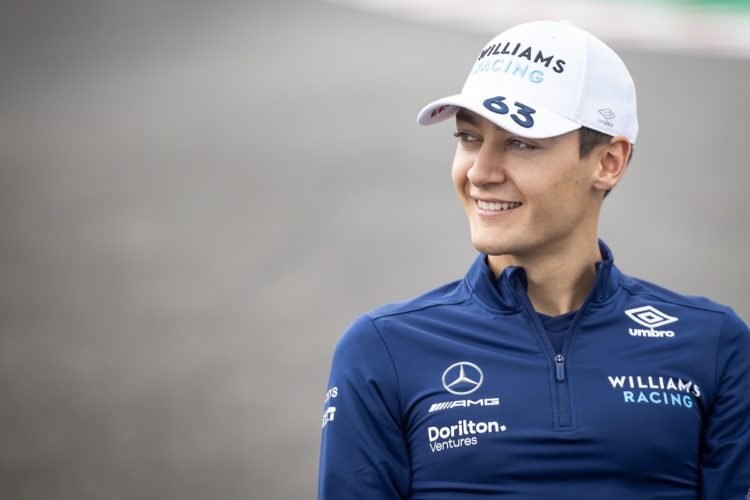 Williams’ George Russell has reiterated that his reaction following the high-speed crash with Valtteri Bottas at Imola was inappropriate, stating the incident “wasn’t me”.

After the accident, Russell expressed anger towards Bottas on the team radio, before he walked over to the Mercedes driver’s car to exchange words, where he appeared to slap Bottas’ helmet.

The following day, Russell released a statement in which he apologised for the incident.

Speaking ahead of this weekend’s Portuguese Grand Prix, Russell affirmed it was important to publicly express regret for his actions.

“I think with regard to my statement, that was purely focused on my actions afterwards,” Russell said.

“As part of racing you do have comings together and when the emotions are high, and my emotions have probably never been higher, that was a big lesson for me.

“You need to take a moment to walk away from the situation, look at it from all angles, and look at it rationally.

“I think for me it was important to put that statement out as I said I felt the way I reacted was not my true self and not the way I want to be looked at from fans, from other people in the sport, as that wasn’t me.

“The on-track thing is one thing, but how you conduct yourself off-track is a very different matter, and that’s why I thought it was important to apologise for those actions.”

Russell added that his relationship with Mercedes, who manages his career, has not been damaged as a result of the incident.

“Toto [Wolff] and I have spoken extensively since the incident but the contents of that will remain private,” Russell said.

“But he’s been very supportive, very constructive, our relationship has not been damaged at all following the incident, if anything quite the opposite, and likewise with everybody at Williams.

“They’ve been incredibly supportive, they want me to attack and go for opportunities. We are proud to have been in that position, 10th and fighting for points on merit.”