Why F1’s calendar changed again – and what else is at risk? 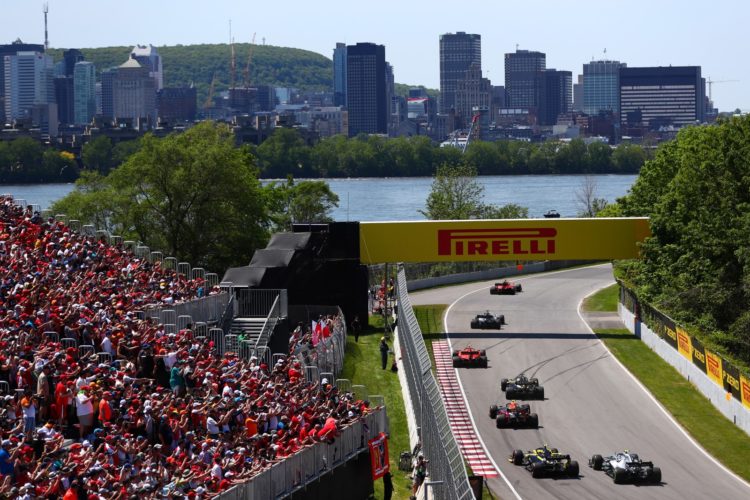 Formula 1’s 2021 calendar has undergone another alteration in the wake of Turkey replacing Canada on June 13.

Why has Canada been cancelled?

Canada has had strict entry measures due to the pandemic while the country has also endured a spike in cases in recent weeks.

In its statement Formula 1 outlined that “it became impossible for the championship to enter the country without a mandatory 14-day quarantine” despite attempts to reach an agreement with the relevant authorities.

There were also discussions relating to the financial situation surrounding the event owing the multi-layered way in which the economics of the grand prix are put together.

The race is one of Montreal’s leading events, bringing in tourism and subsequently revenue, which benefits the city financially – but without the presence of spectators there would be limited – or no – gain for the city.

What about Canada’s future?

Canada’s existing deal ran through 2029 and had come in the wake of organisers at the Circuit Gilles Villeneuve finally undertaking much-needed renovation works.

A new pits and paddock complex was in place for the 2019 event – though in some parts was not quite finished – which brought the venue up to modern standards.

As part of the 2021 cancellation a revised contract was confirmed which will see Canada remain on the Formula 1 calendar through 2031, an extension of two years, in effect partial compensation for the 2020/21 abandonment.

That conveniently brings Canada in line with Formula 1’s new Miami Grand Prix, whose 10-year deal runs from 2022 through 2031, with the events widely tipped to be twinned on the schedule.

Formula 1 also outlined that it will work with the promoter of the event to ensure those who held tickets for the 2020 or 2021 events will receive refunds or a transfer to 2022.

Turkey was a surprise addition in 2020 owing to the manner in which Istanbul Park had ceased to host race events for several years.

But the cool and wet conditions, allied to the recently re-laid surface, led to an enthralling weekend, in which Lewis Hamilton was crowned World Champion, and Turkish officials were keen to host the championship once more.

Formula 1 CEO Stefano Domenicali explained that Turkey’s promoter and authorities presented “an ongoing willingness” to feature on the calendar.

Istanbul Park is also conveniently located logistics-wise for a back-to-back event with Azerbaijan, whose event will take place the previous weekend, on June 6.

Organisers of the event have indicated that they are keen to permit fans, and potentially foreign spectators, having run the 2020 round behind closed doors.

The inclusion of Istanbul Park means out of the five 2020 stand-in venues, which were expected to feature as a one-off, three have now been placed on the revised 2021 roster.

It is understood that Germany remains a potential destination later in the year if Formula 1 is in need of additional Europe-based locations.

What else is at risk?

Now that Canada’s round has been dropped Formula 1 is embarking on a run of races through the summer months that should, in theory at least, all be feasible.

The bigger talking point is likely to concern whether fans will be able to attend grands prix in the coming months.

Some, such as Baku, have already gone behind closed doors but others, for example Silverstone, are hoping for a large capacity in line with the current government roadmap.

Beyond the summer months is where the situation is a little less clear.

Formula 1 has yet to venture outside of Europe or the Middle East since the pandemic and thus anywhere away from these territories comes with a question mark.

That includes the Singapore/Japan double-header, trio of events in the Americas, as well as the standalone postponed Australia round.

Tickets went on sale for the US Grand Prix on Tuesday but the Covid-19 situation in Mexico City and Brazil means those events remain at risk – and subsequently bring into doubt the American leg of the series.

Conversely Australia has dealt with the pandemic well and continues to enforce strict entry measures. It has been suggested by ministers that the situation may not change until 2022.

Everyone permitted to enter the country has to spend 14 days in hotel-based quarantine and this has been rigorously enforced – including for the Australian Open tennis tournament. If the current regulations remain in place in November Formula 1 would have to receive an exemption as the entry rules played a major factor in its postponement from March.

Similarly Japan has tight entry measures and quarantine rules – though authorities in the country understandably remain more focused on the Olympics, which is scheduled to begin in late July, but over which doubts remain.

China’s round officially remains postponed, having initially been scheduled for mid-April, but its cancellation altogether is highly probable.